Well! Its october and Redacted² has long been released and I’m done with my vacation and am pouring some more of my time in my projects again. Also thanks to all of you who grabbed my store media during the discount

I was experimenting a lot with level design methods, trying to improve my work here and there but I must admit that all of them failed spectacularly.
I’m not giving up on them just yet, I’ll wait and see if I get better results from them once the DX11 update hits but it might still be a while until then.

In the mean time I just take it easy and make a bunch of models, test some gameplay ideas and rig stuff.

Once the update hits I can then just build this game without much distraction.

So, this of course means that I don’t have that much to show now, so I’d like to drop a few weapons you’ll get to use in the game.
In this games setting there are impulse, plasma and traditional projectile weapons (also hybrids like plasma propulsed projectile weapons but I won’t have any of these in the first game.) Quite a bit of the setting has changed too but you’ll see a lot of the previously shown levels in this or the next game.

The railgun, its BSP’s scifi shotgun that I have modified slightly. The magazine is now a battery and its a heavy energy weapon

Special thanks to Bugsy for animating this bad boy for me.

The more compact counterpart to the rifle! BSP’s scifi pistol without the elongated barrel uses the same ammo as the rifle.

I hope some of these mods strike your fancy

The decision to take the game away from the masterfully done modern weapons and use more futuristic ones doesn’t make it easier but more consistent. I just hope these will hold up well in the final game and that people will find the different ammo types fun to play. I want to integrate a feature where projectile weapons don’t do as much damage to robots/machines as energy based ones. Lee was so kind to add this feature quite some time ago

So lemme know what ya think and have a good one. Here a few more impressions from the game:

The game isn’t a pure shooter. I try to have it more “immersive sim” elements like Ion Storms iconic games but thats rather hard to do. However, it will have 2 or 3 “simpler” maps where it turns into a straight up FPS game so Players can really use the equipment they gathered and experiment. I aim to have the best and smoothest shooting mechanics I can master in this game so I hope this will be enjoyable and interesting to you as players

The compound also feel more realistic if the protagonist has to traverse some office and maintenance areas once in a while to get to another more “setpiecy level”.

Note that this is an early rendition and that I did not have the reshade suit enabled: 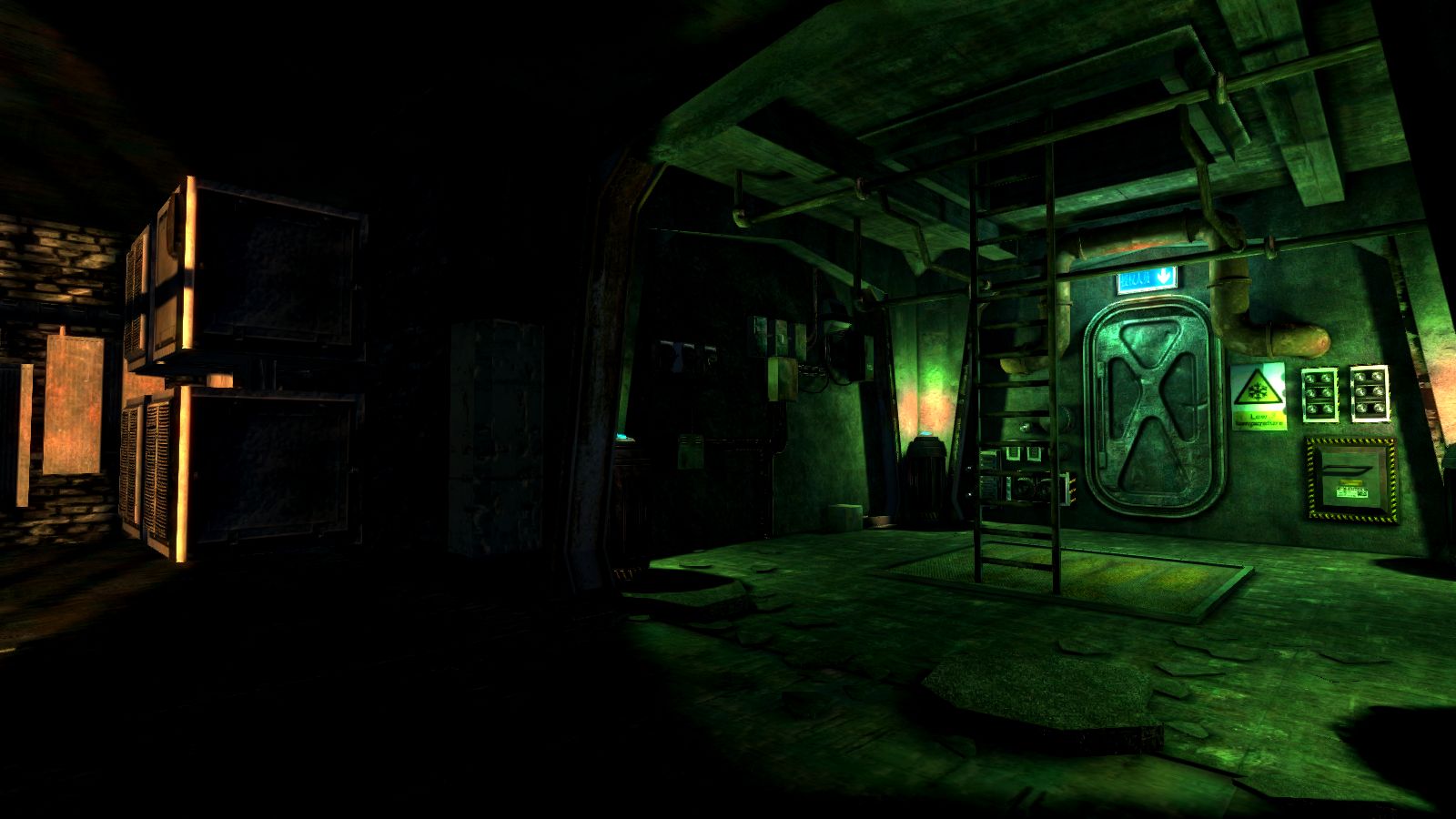 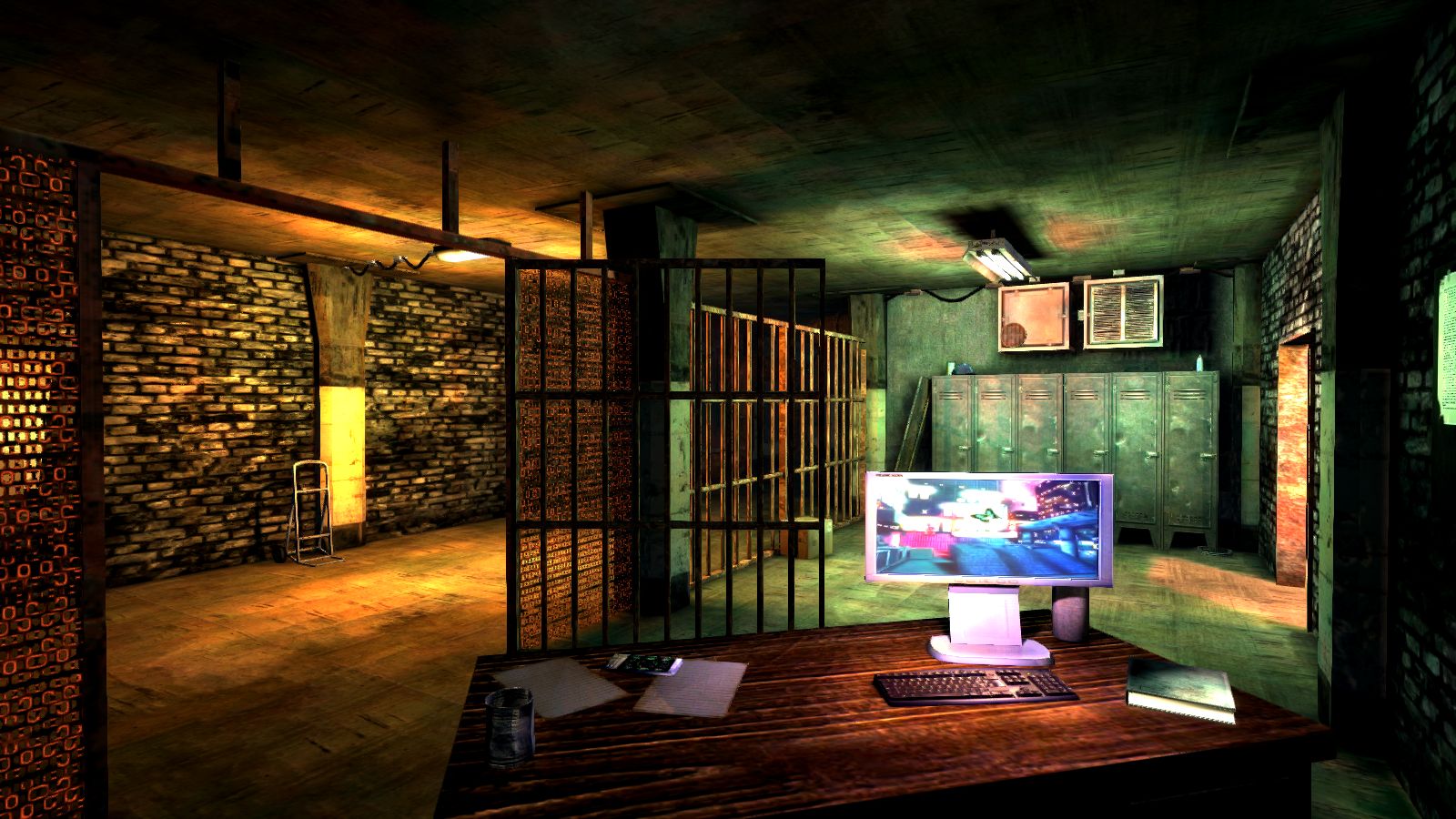 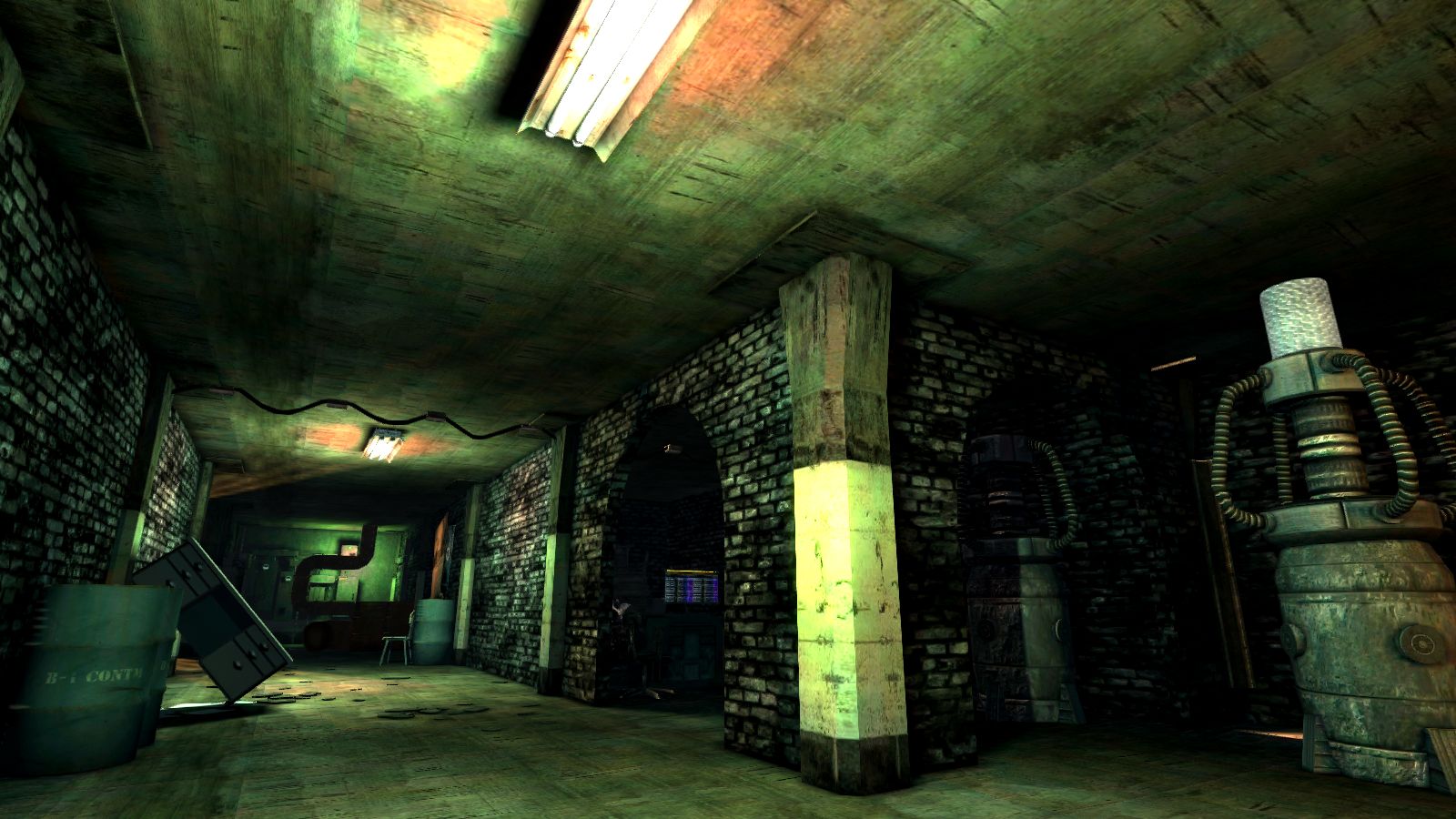 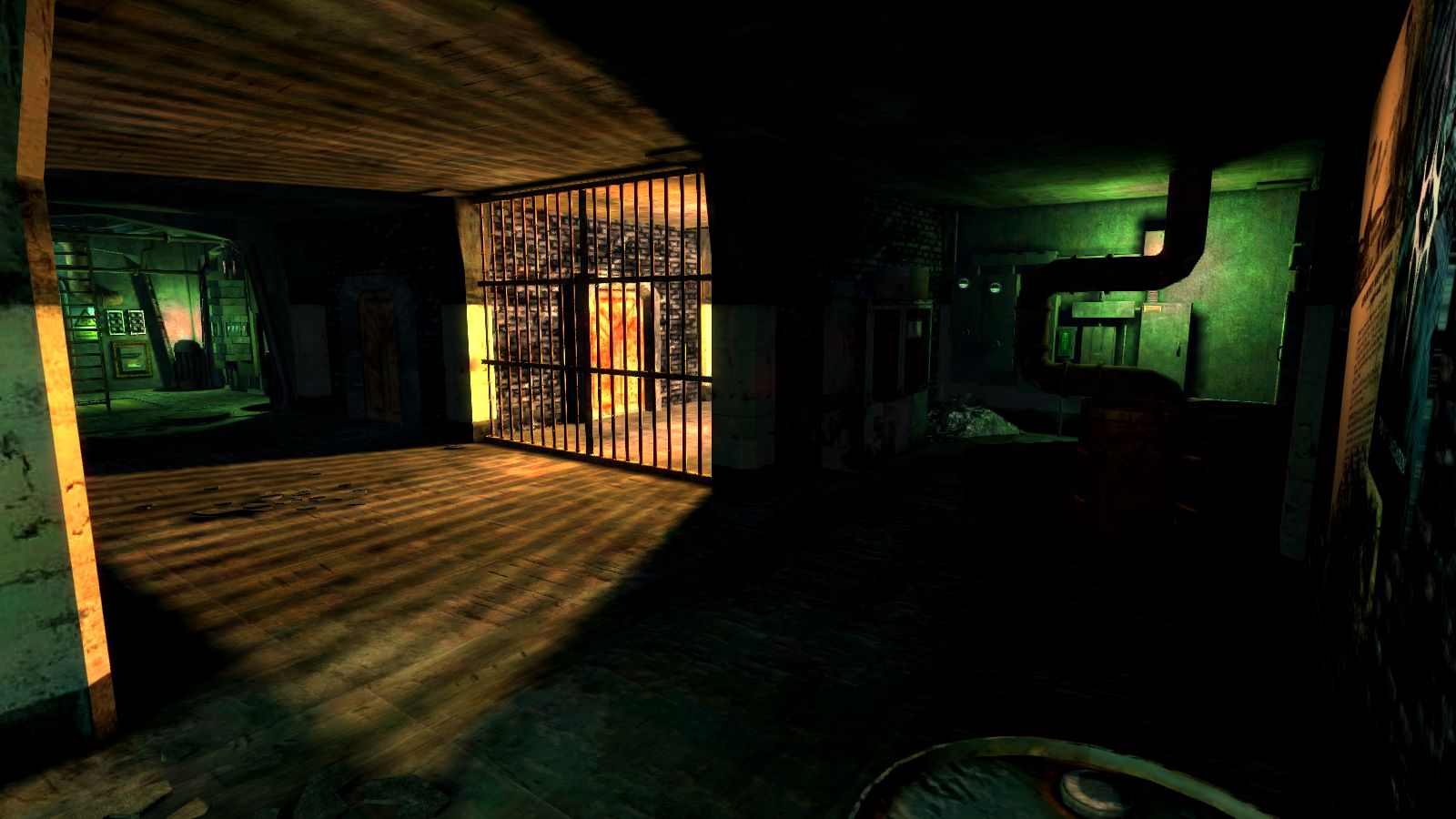 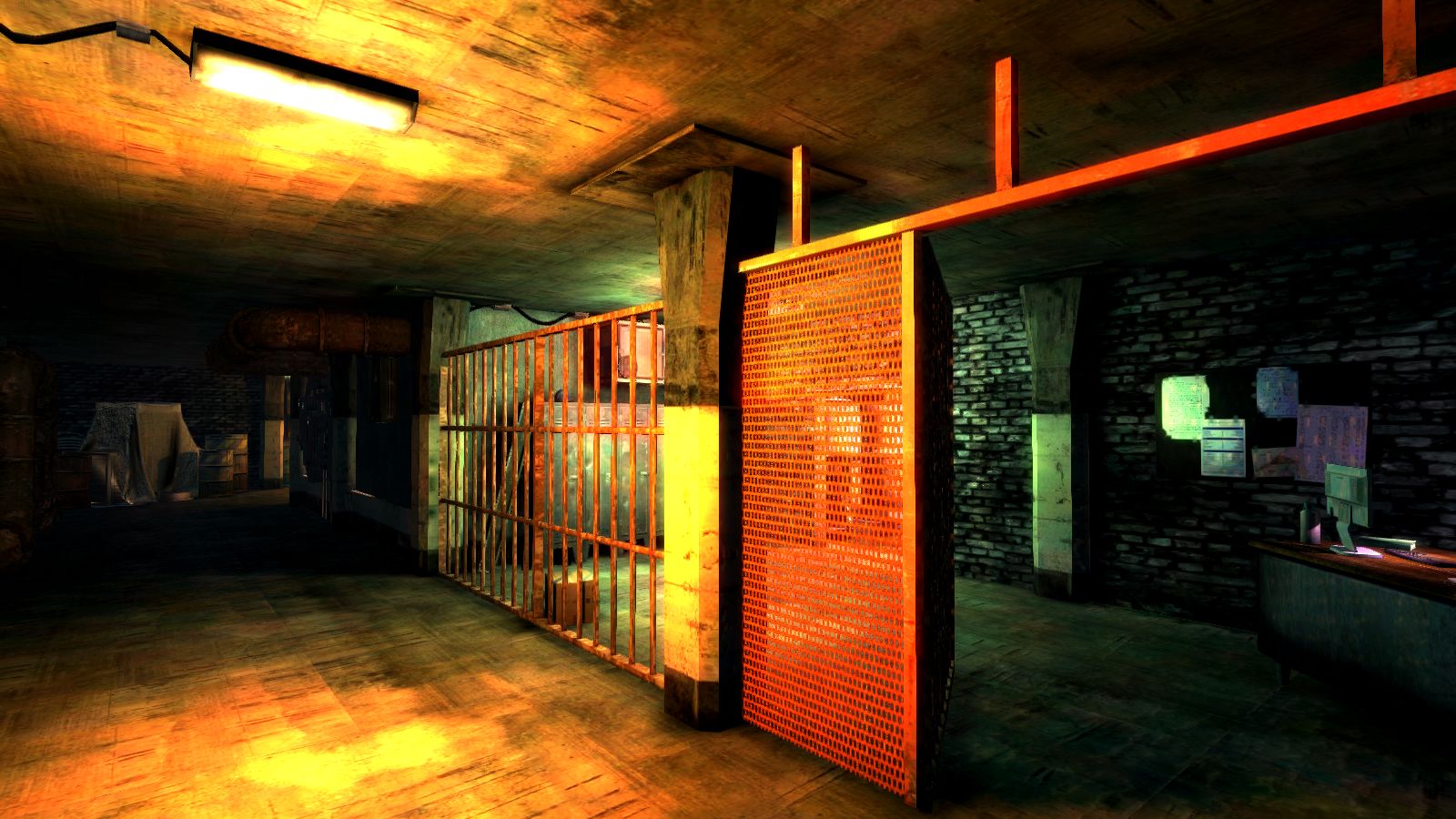 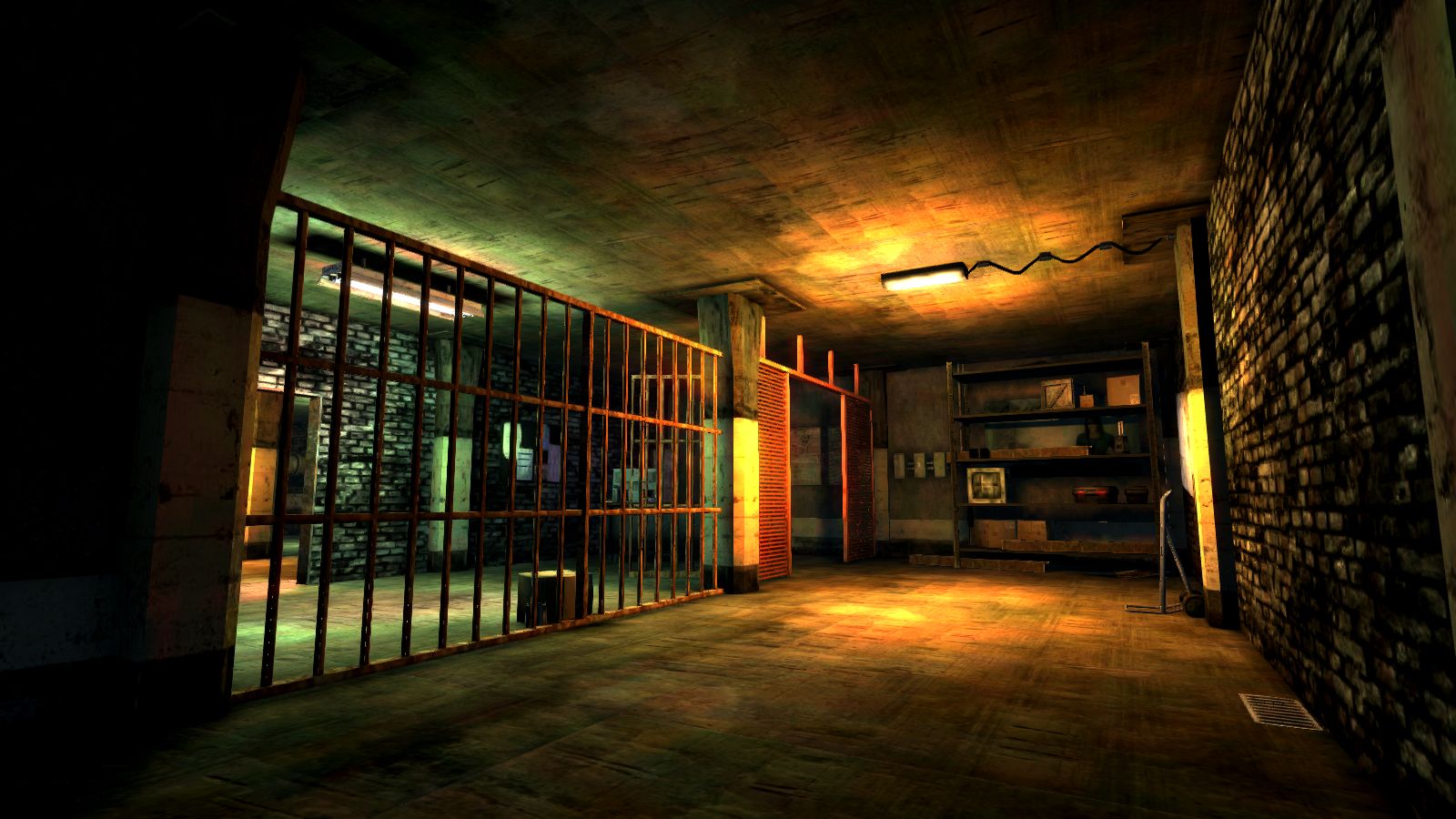 If you happen to check out my project for the first time, there are some more accurate impressions of what this game will look like on previous pages.
For this map, I actually modded the “the warehouse” demo map to my needs. I ended up removing almost all of it and adding a lot but the spine structure still stands

It was fun but as you can see, still very early…only 2 hallways are ready to be shown. 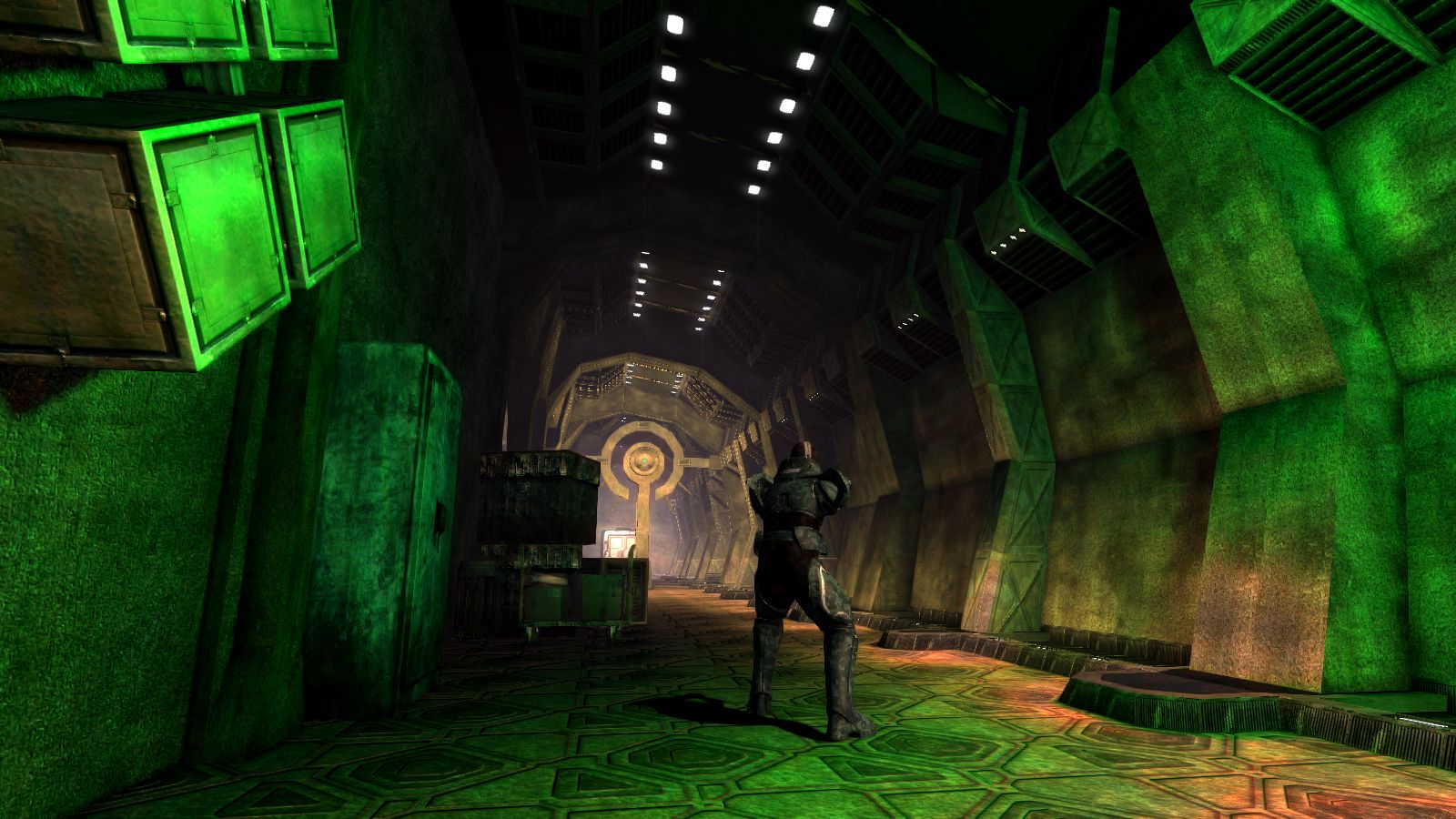 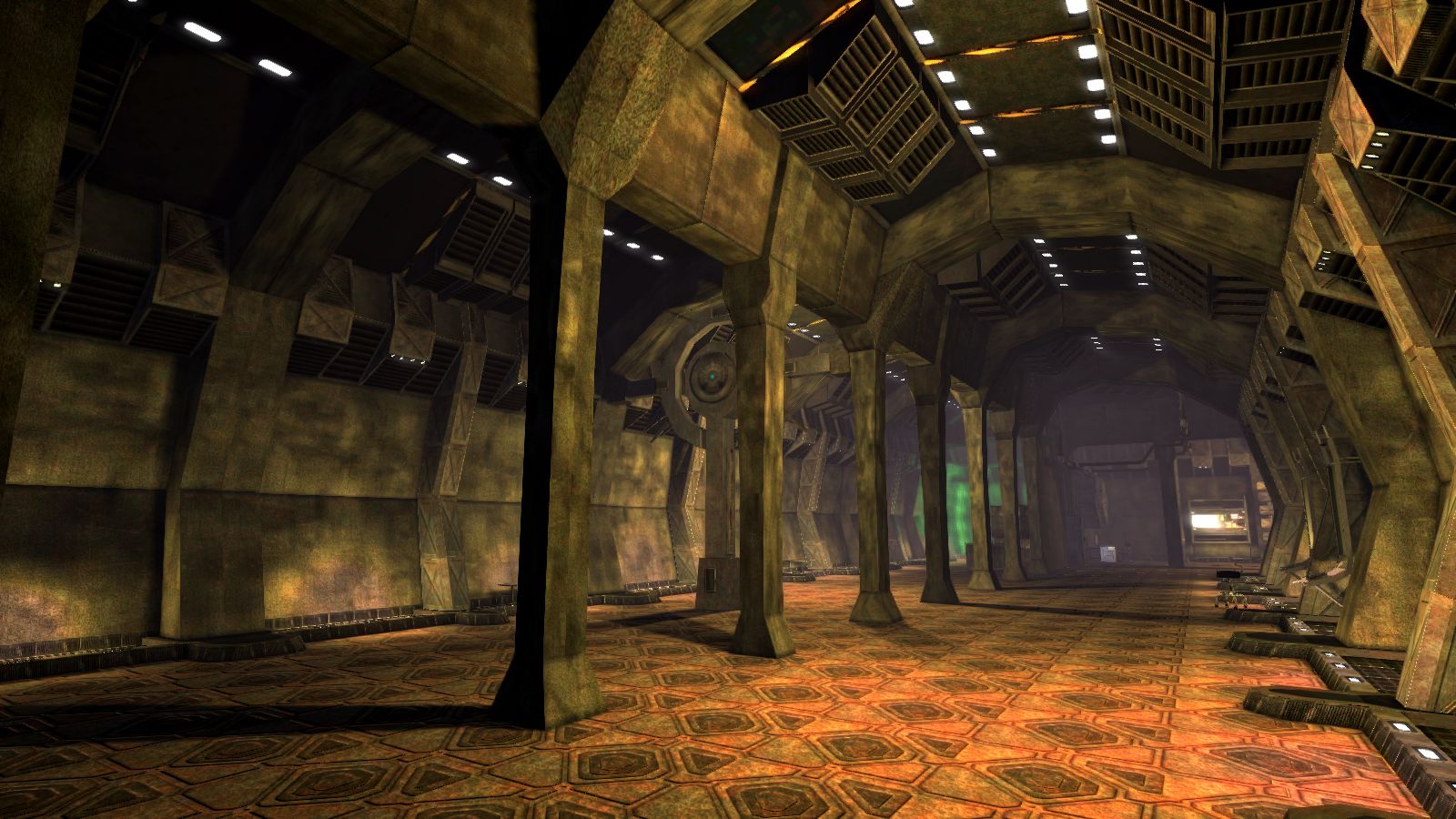 These cybergothic looking hallways I made out of modded versions of wizard of id’s top down shooter pack are areas I’m rather fond off! They also really show that this is Shavra’s scifi sister game. 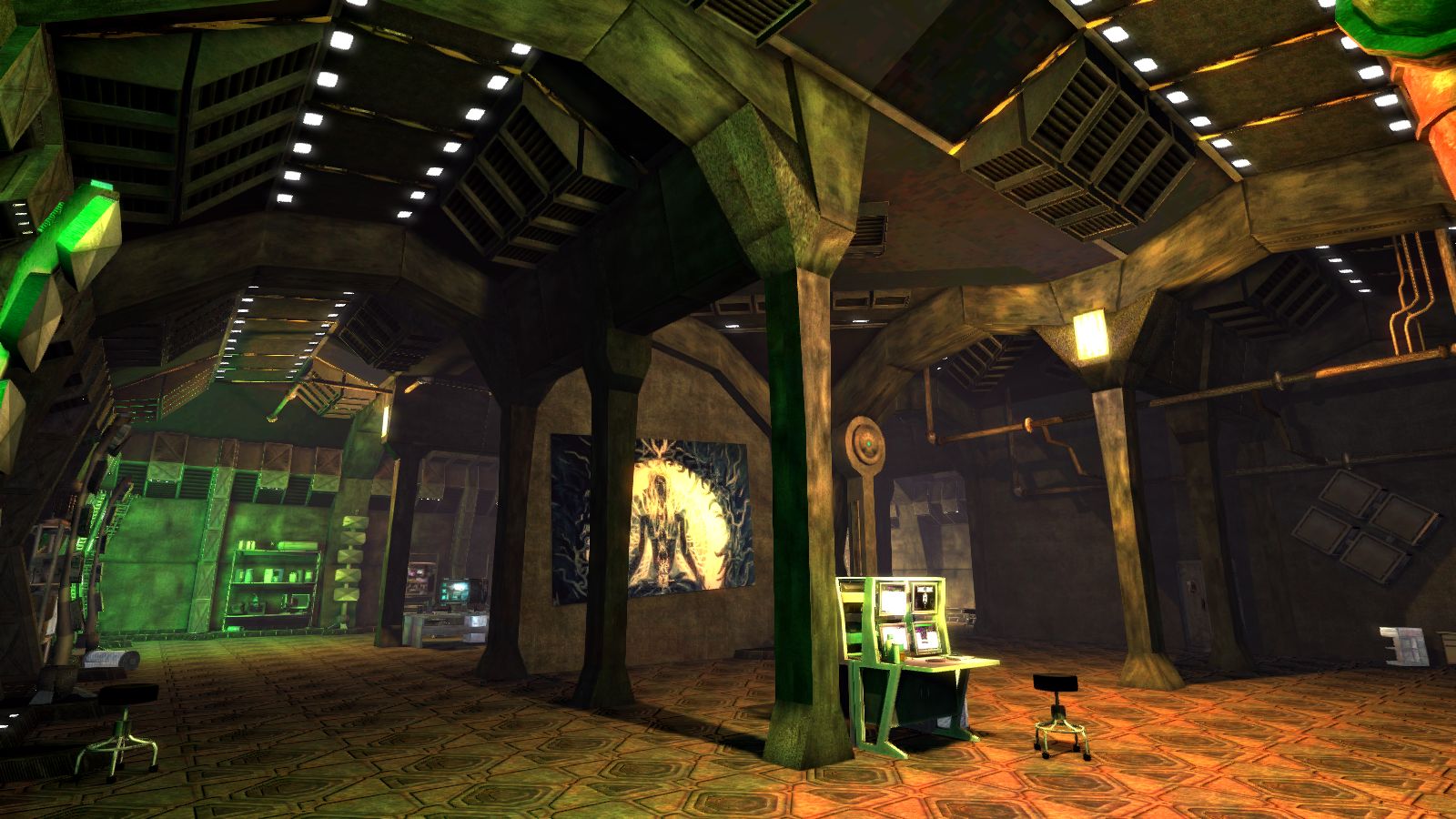 A rather empty office area. The painting on the wall is an aquarelle I painted a few years back. Gameplay wise, you’ll find a few necessary items in the room way back 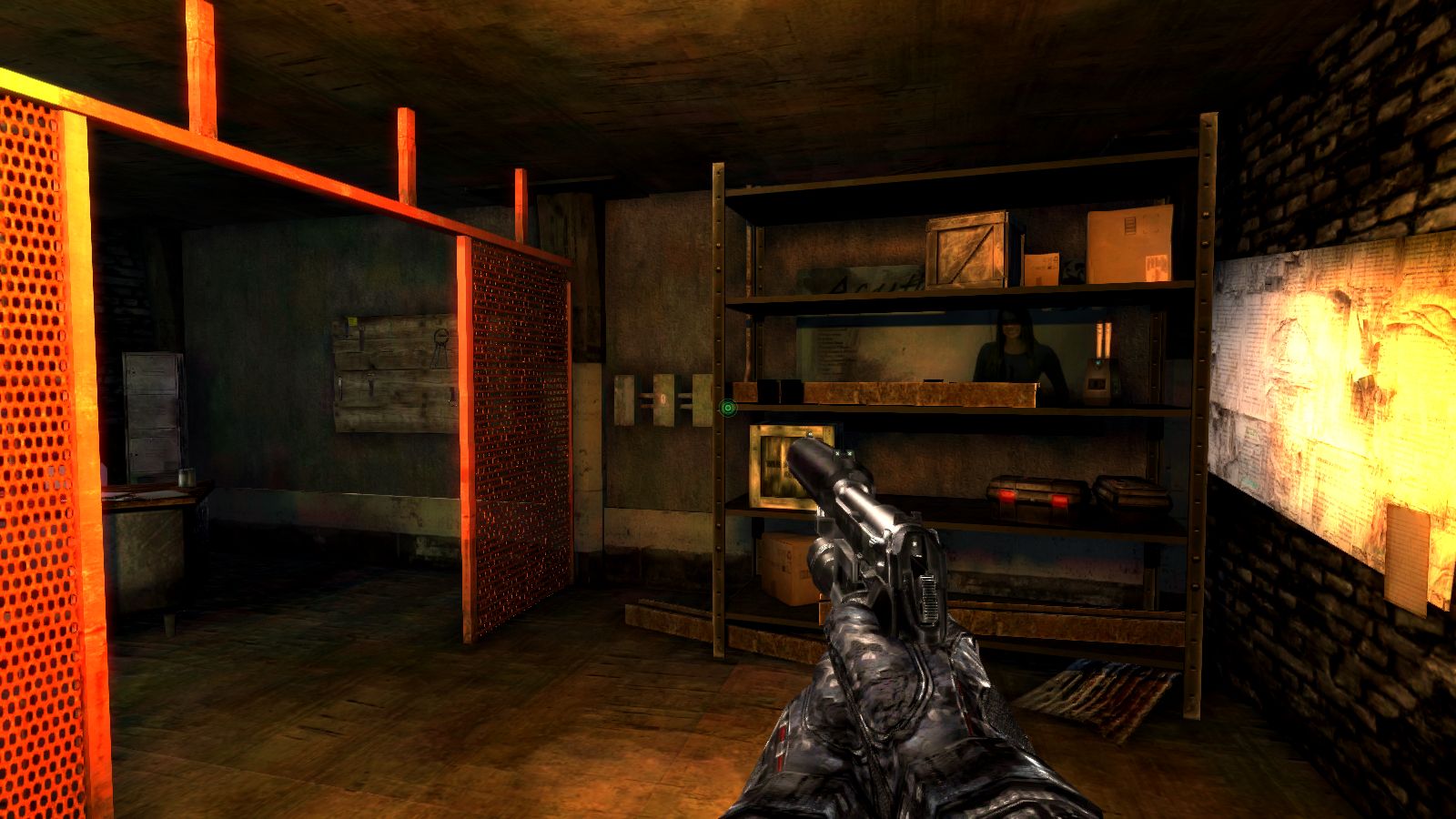 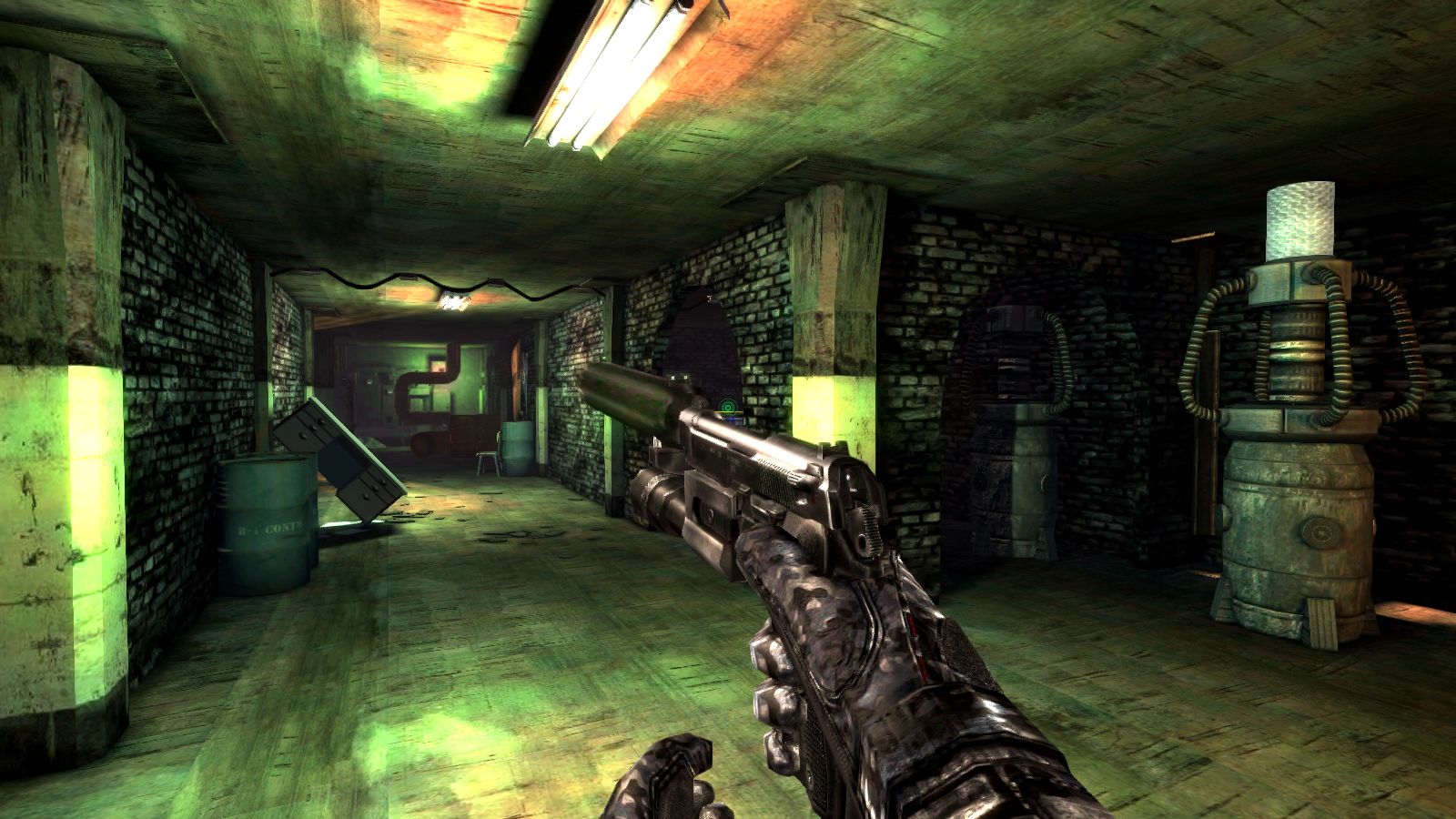 Some more shots of the hallway area. I took the few minutes it takes to make new cylinder tanks specifically for this maps rather than overuse the same ones in each and every level of this game. 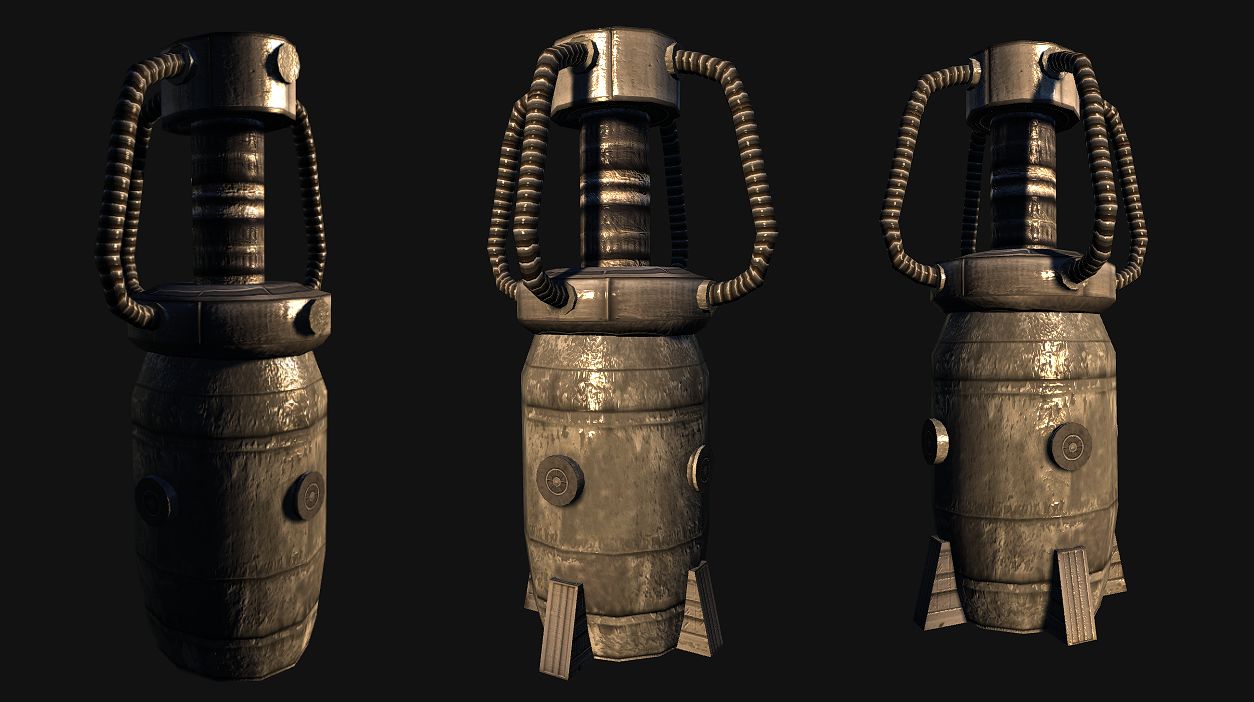 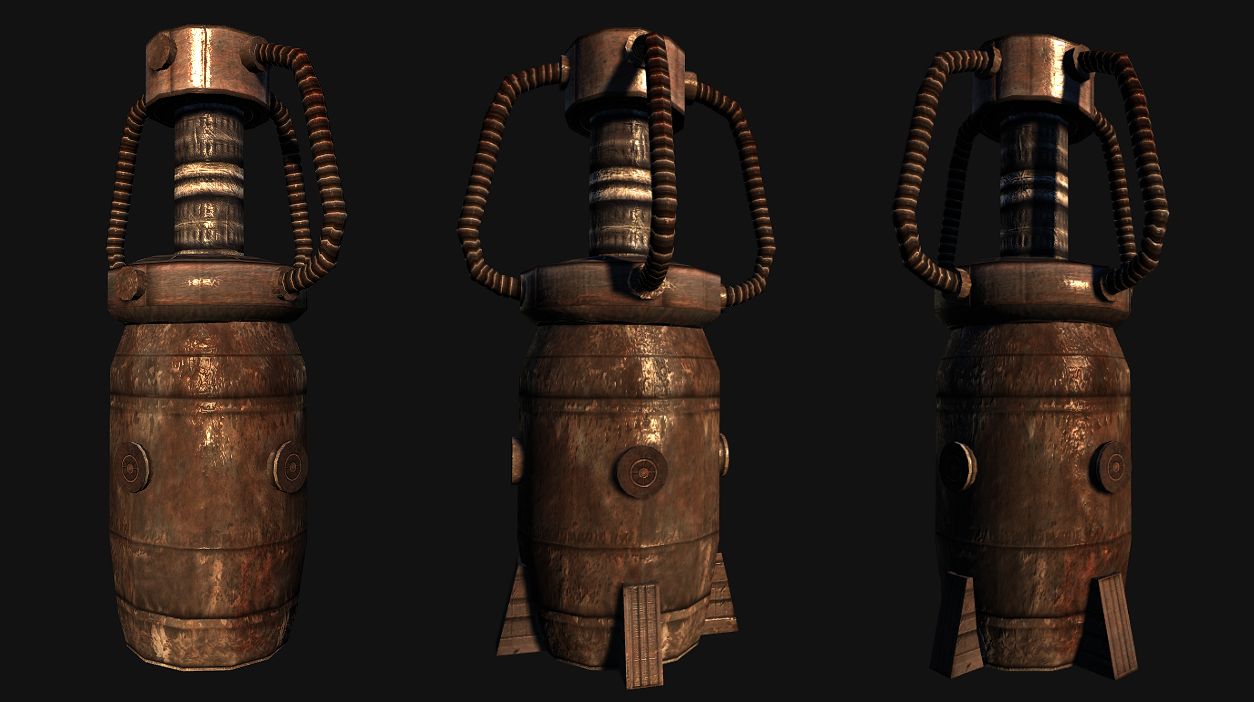 Its quickly made and can really help you adding that extra notch of naturalism to your levels. If a pipe is clean in a dry and rusty in a wet area for example. 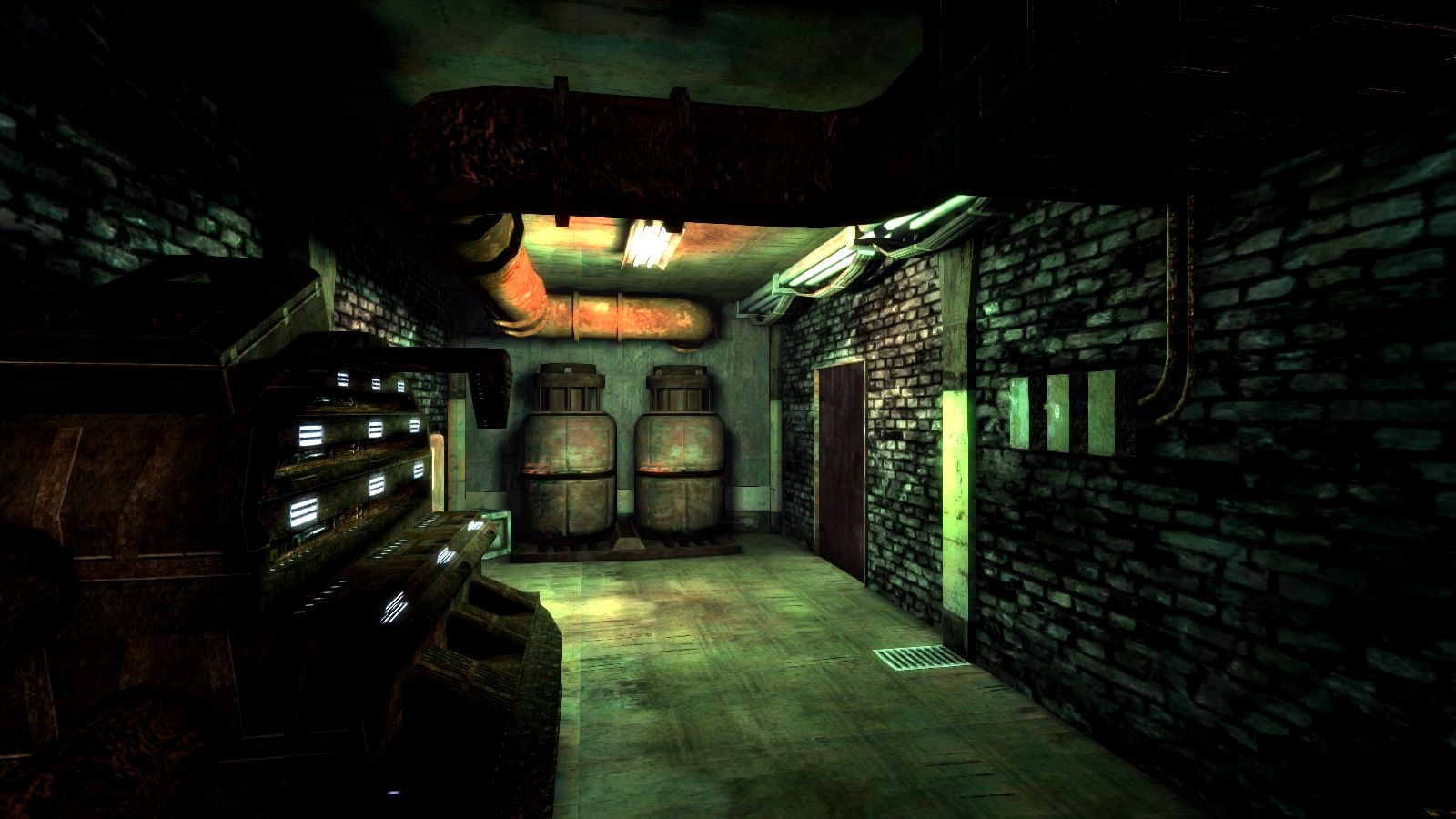 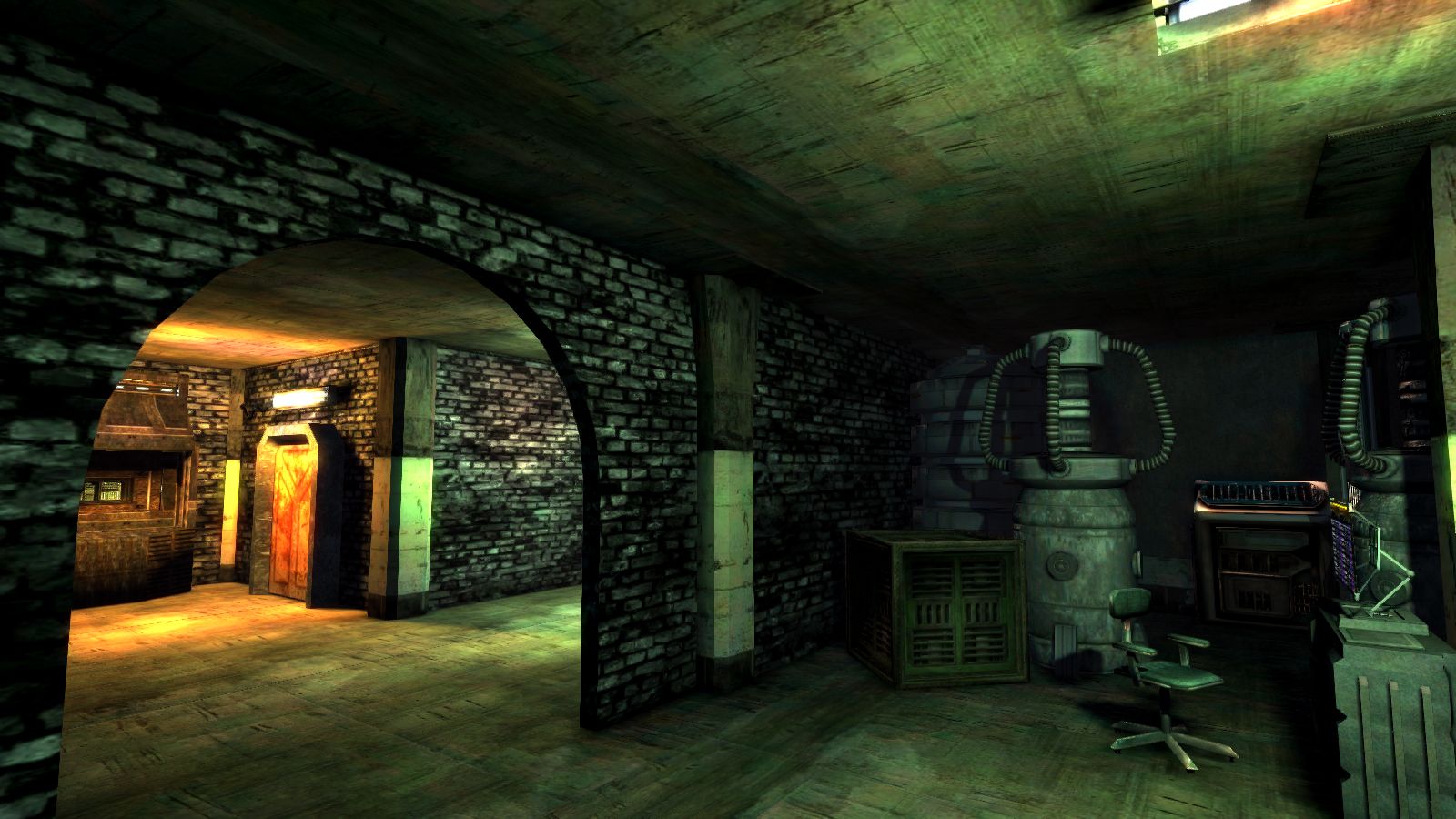 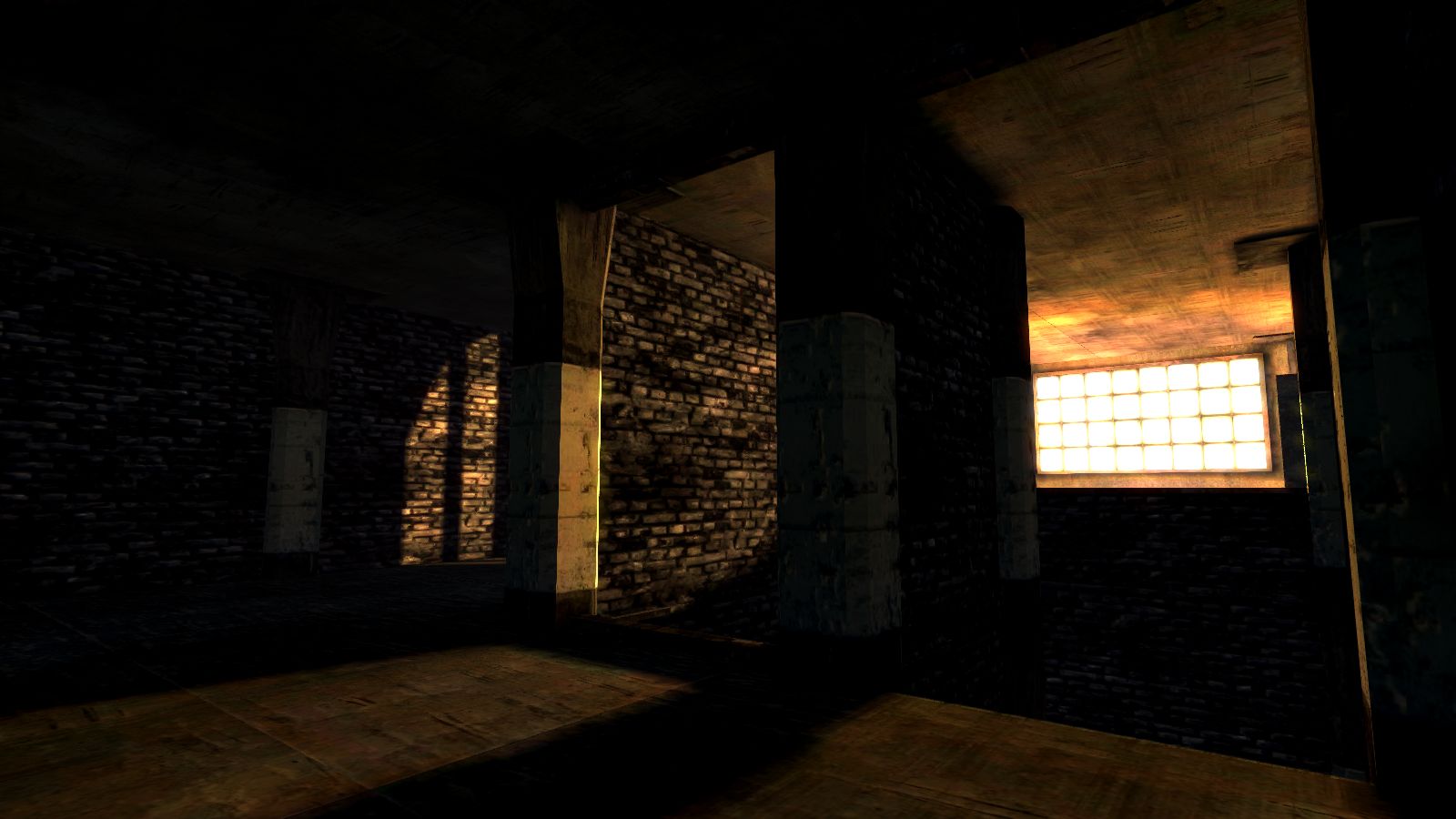 Additional polish added to the hallways area. there will be a linear shootout here where the enemies hold reinforced positions you have to blast through. 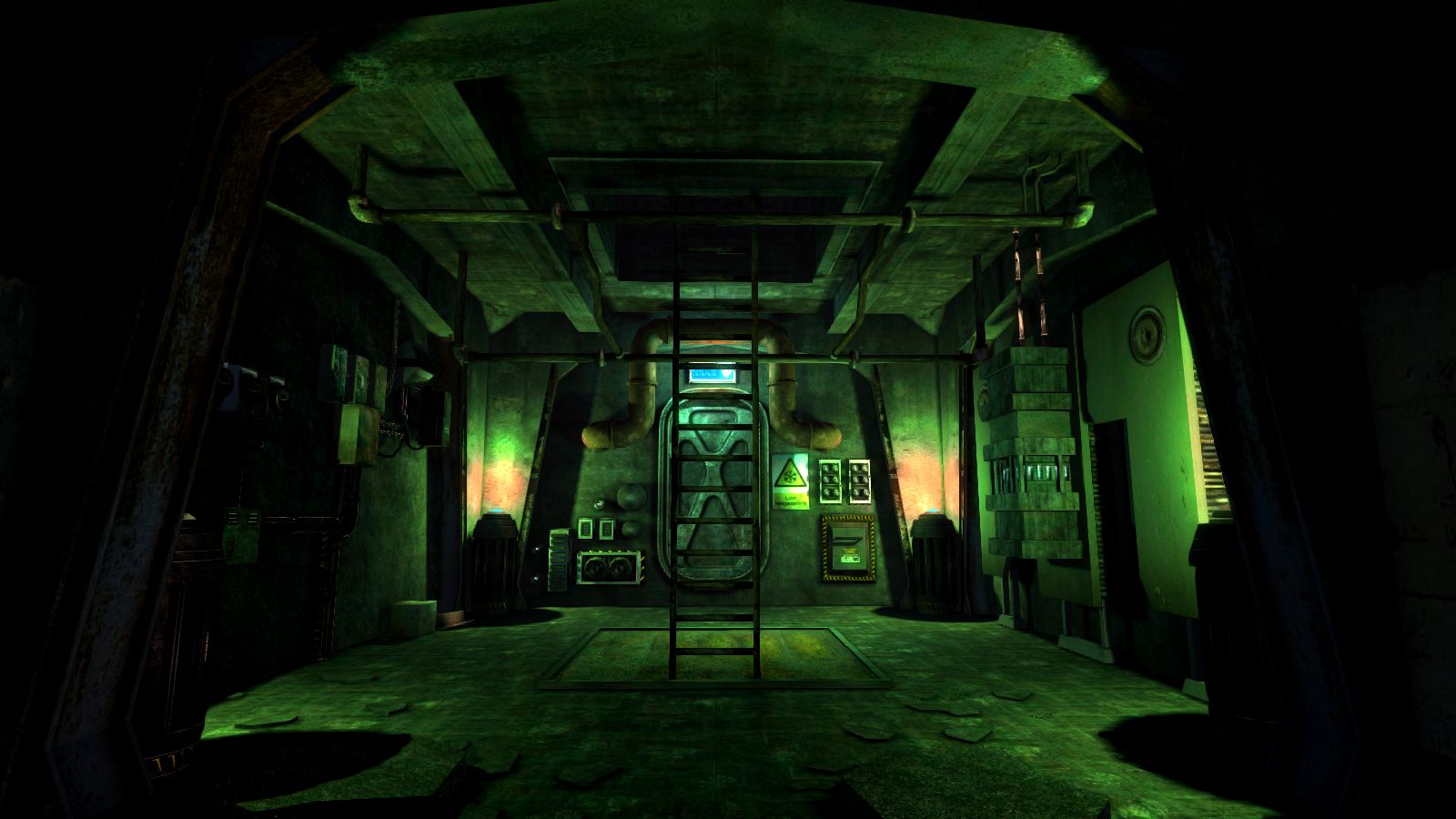 The door that leads to that more futuristic area. I like how the emerald green lighting gives it a mildly creepy look.

Thats it for now

Just a quick update. Nothing major, Currently working 9 to 6 and really not getting enough down time but I managed to get the starting room done for the simplified acythian prologue.

I also started designing a rather action intensive level with huge derelict architecture. (Picture) but its still in its inception.

Here the new starting room and a weapon I have been toying around with. Its from game banana and will likely not be in the final game. 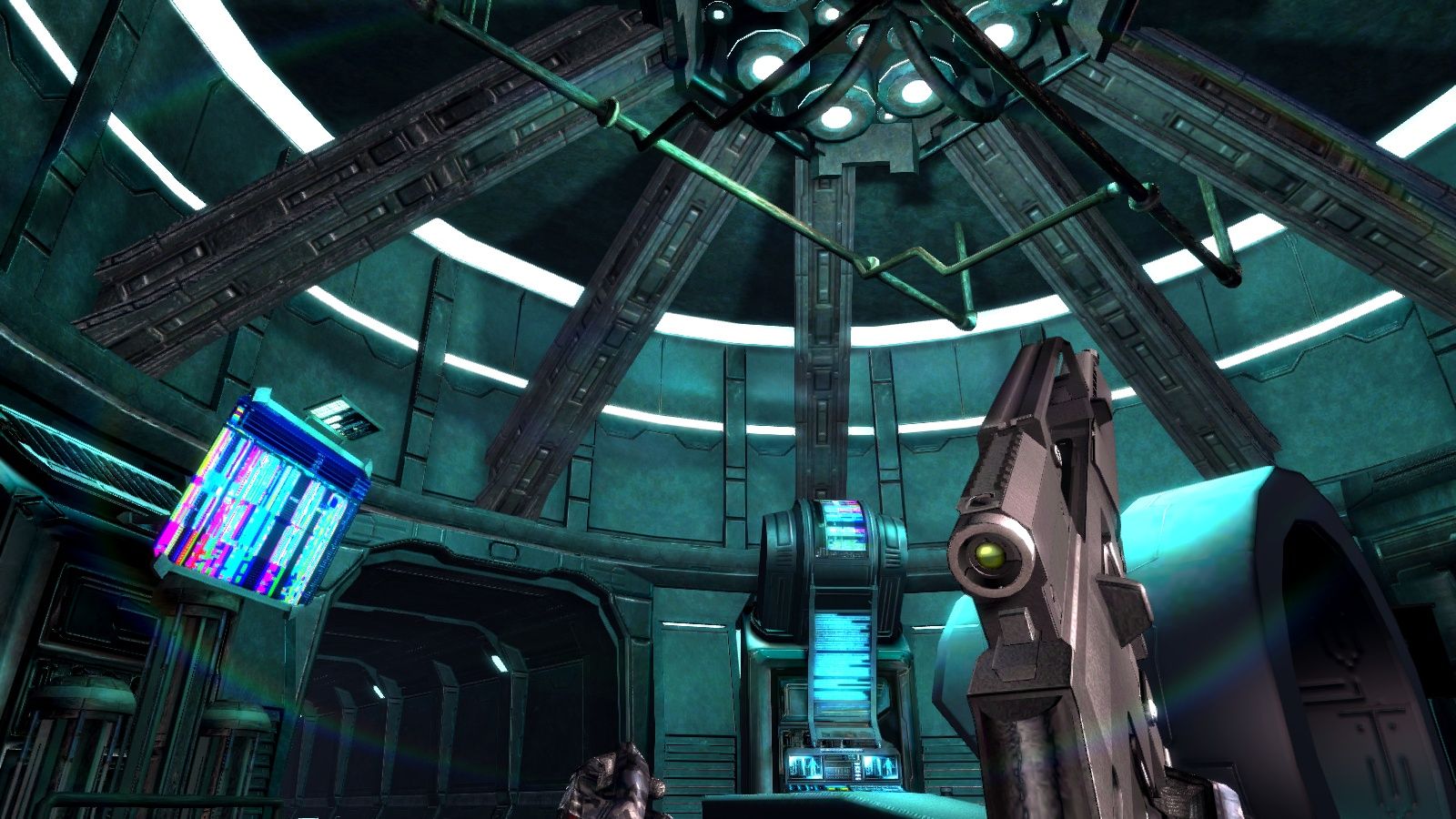 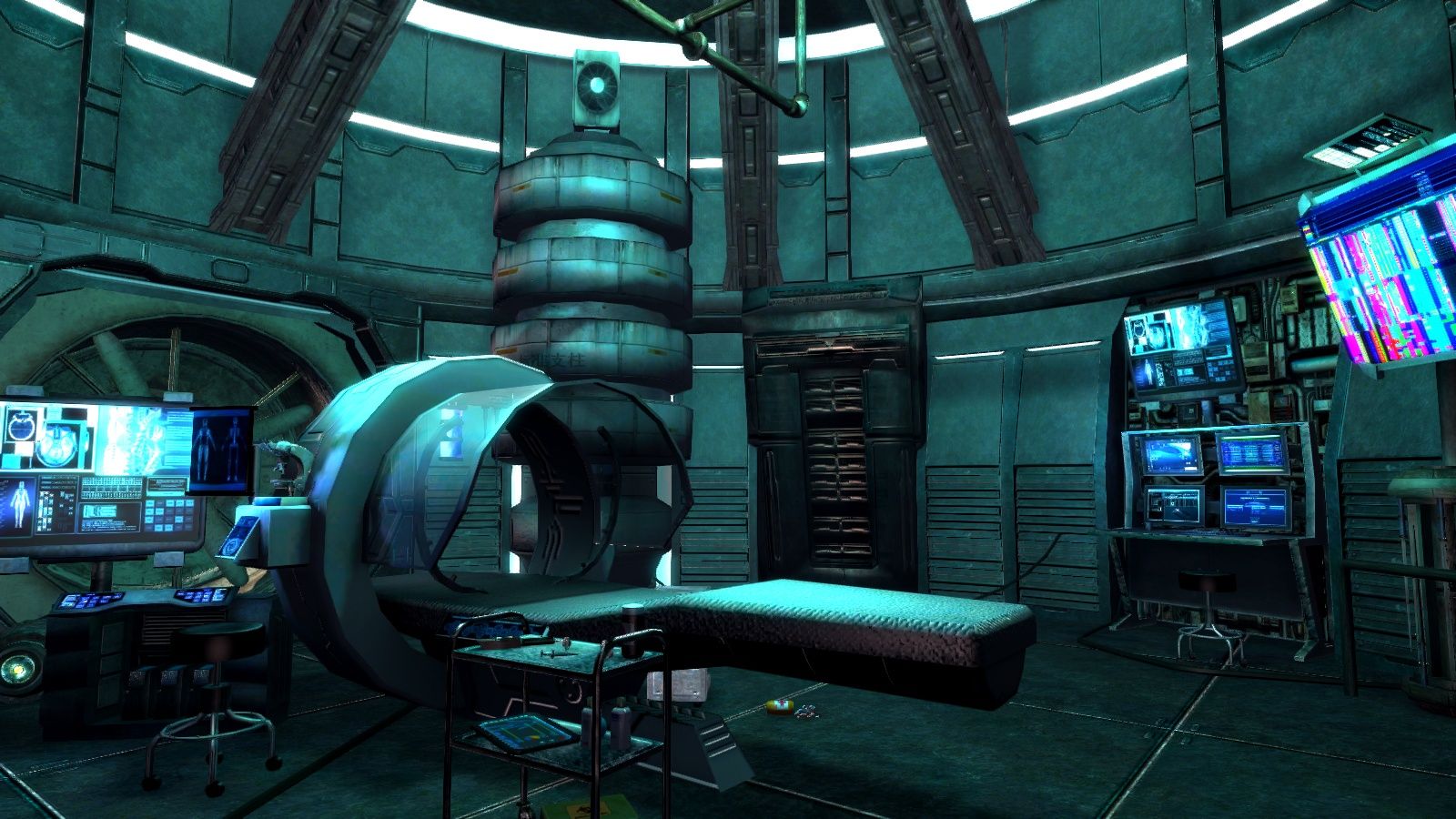 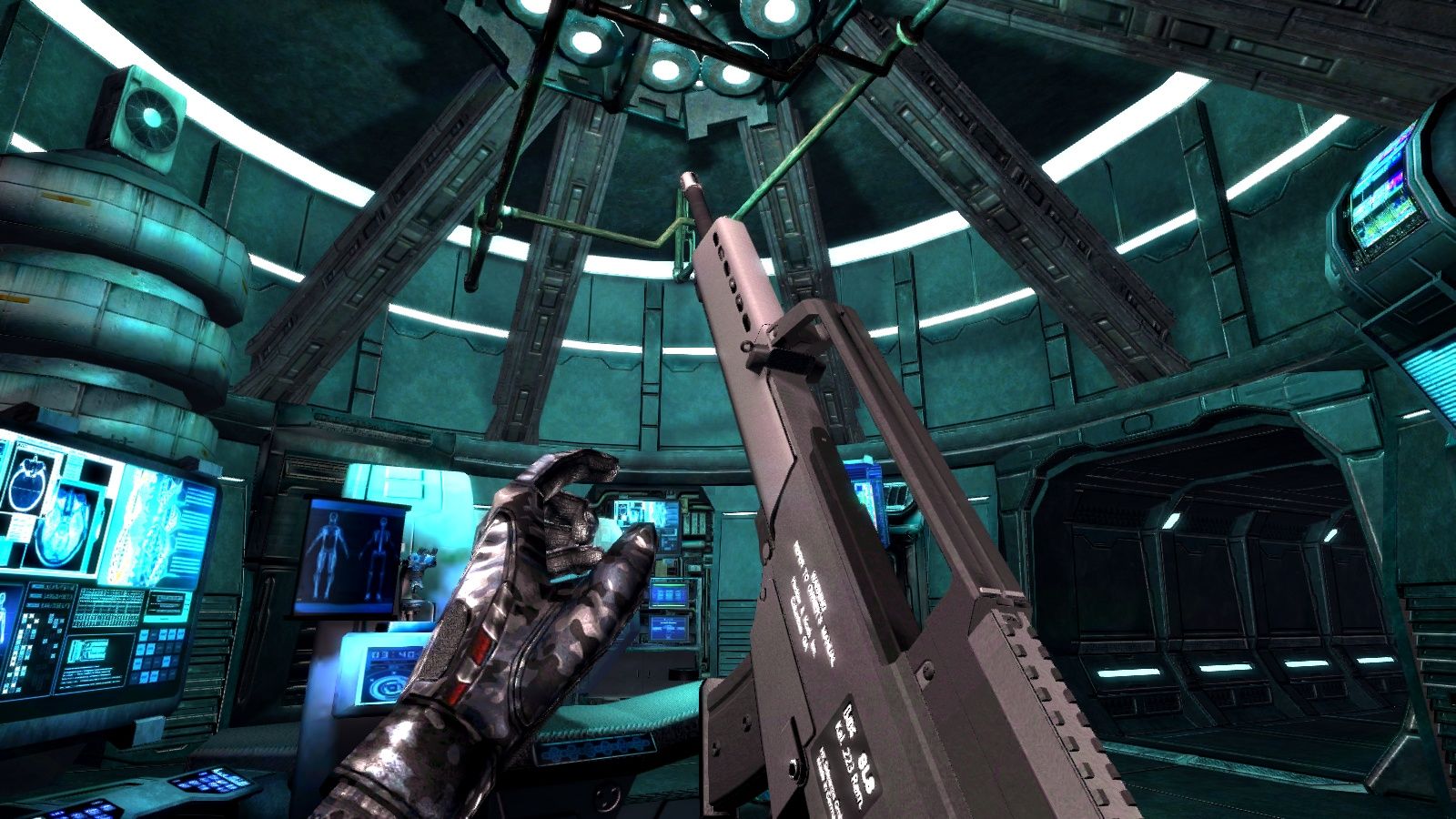 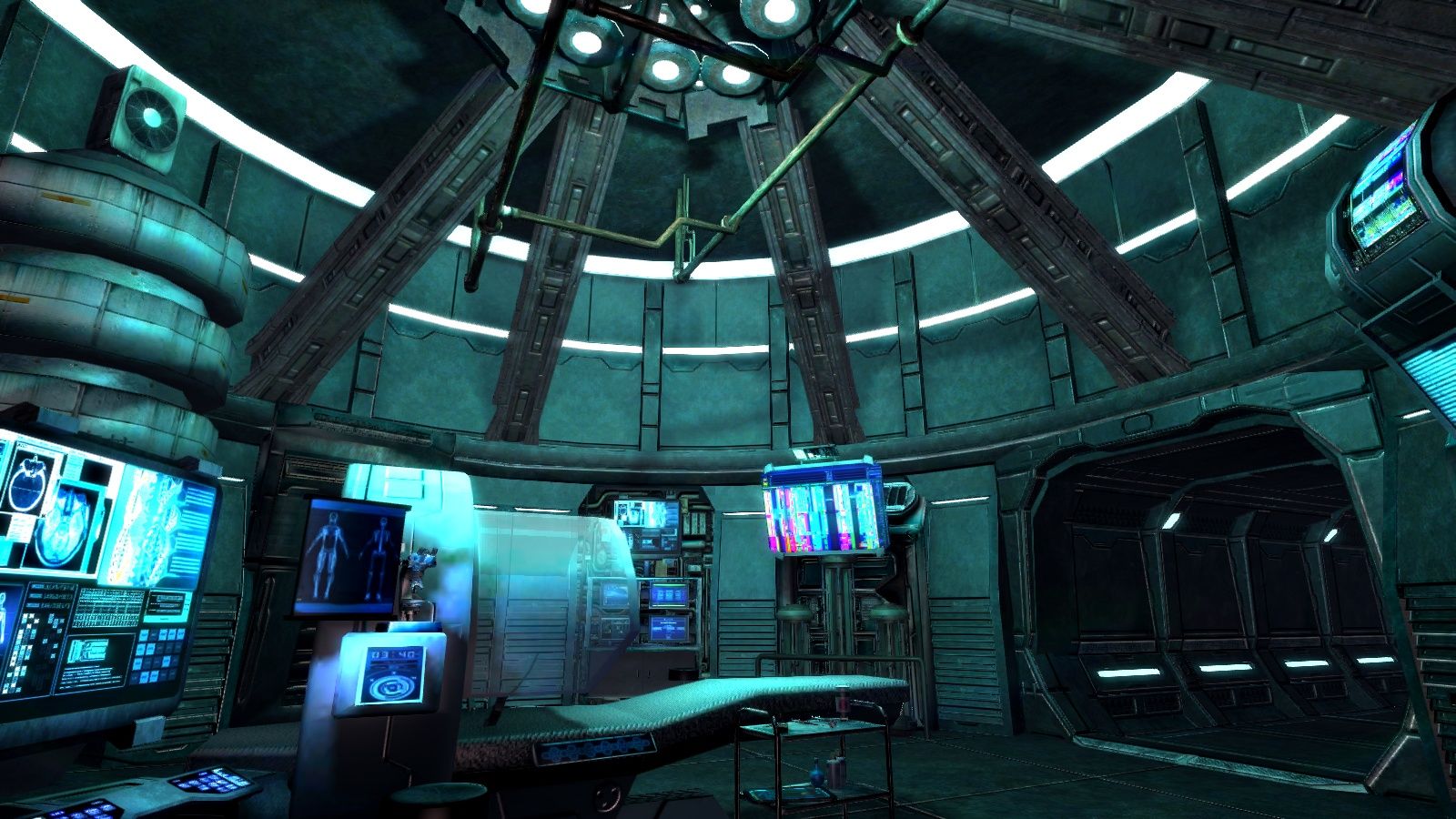 The room has a few animated entities that make it seem a bit more alive. I’ll also add some moving screen decals later on

Big news is that I escaped retail hell for now. Lets see what divine punishment life is sending my way next. Maybe on my next job a horse comes in every morning and kicks me in the keester.

I’ve continued working on this map before Game Guru decided to update and subsequently none of my, ooooh I don’t know, 4 years worth of map design (a lot of it can be seen on these pages) are loading anymore. Graphix is trying to help an old wolf out with it but I gotta admit. I’m torn between reverting to X9 and sticking with X11… I just don’t know yet.
Anyway: Here you have what I produced earlier y’all: 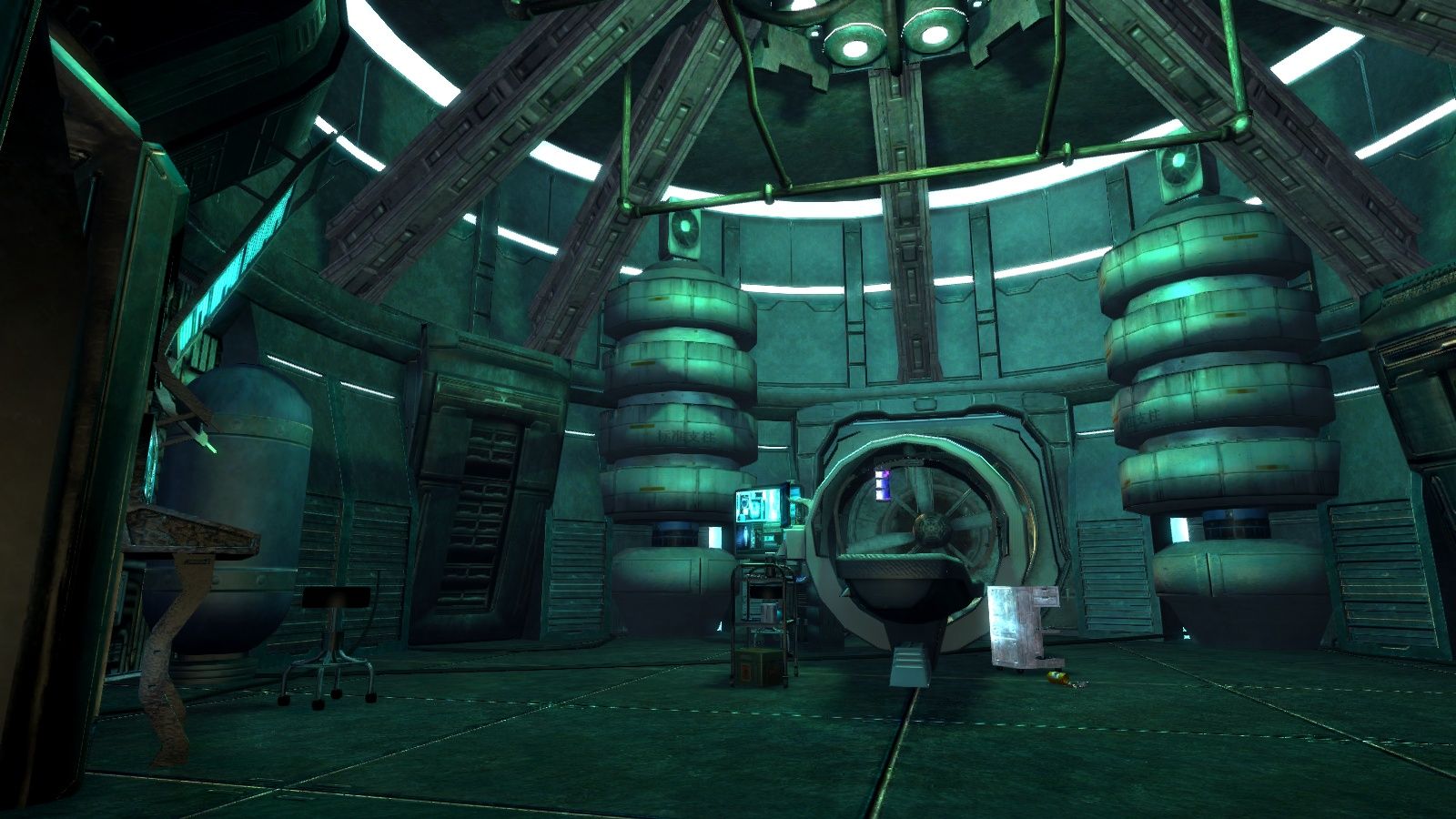 I have fixed a certain a-symmetry in this design. 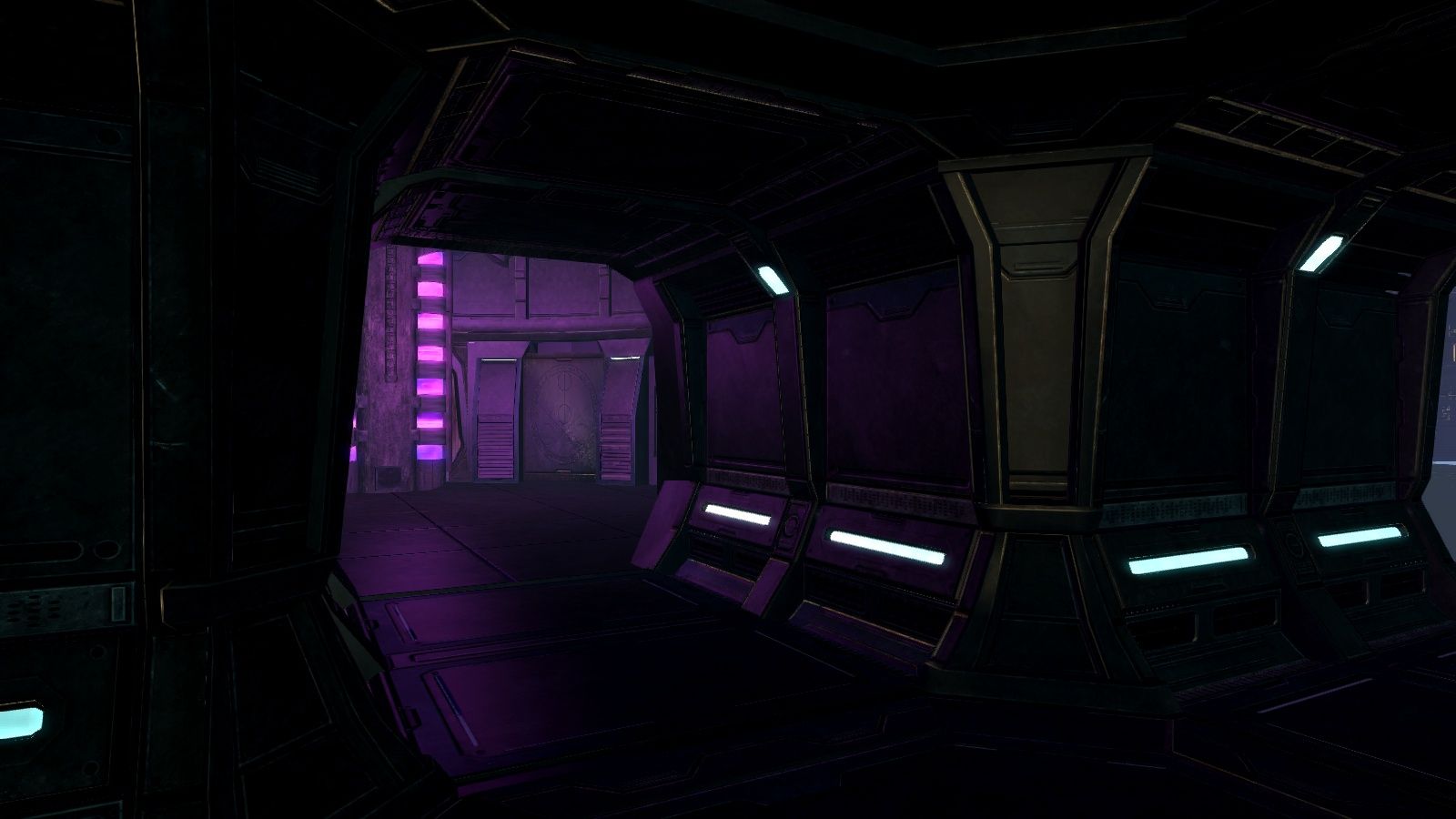 This is an interesting advancment in my lighting! Actual light reflections. Check out how the purple is being reflected off the metal. 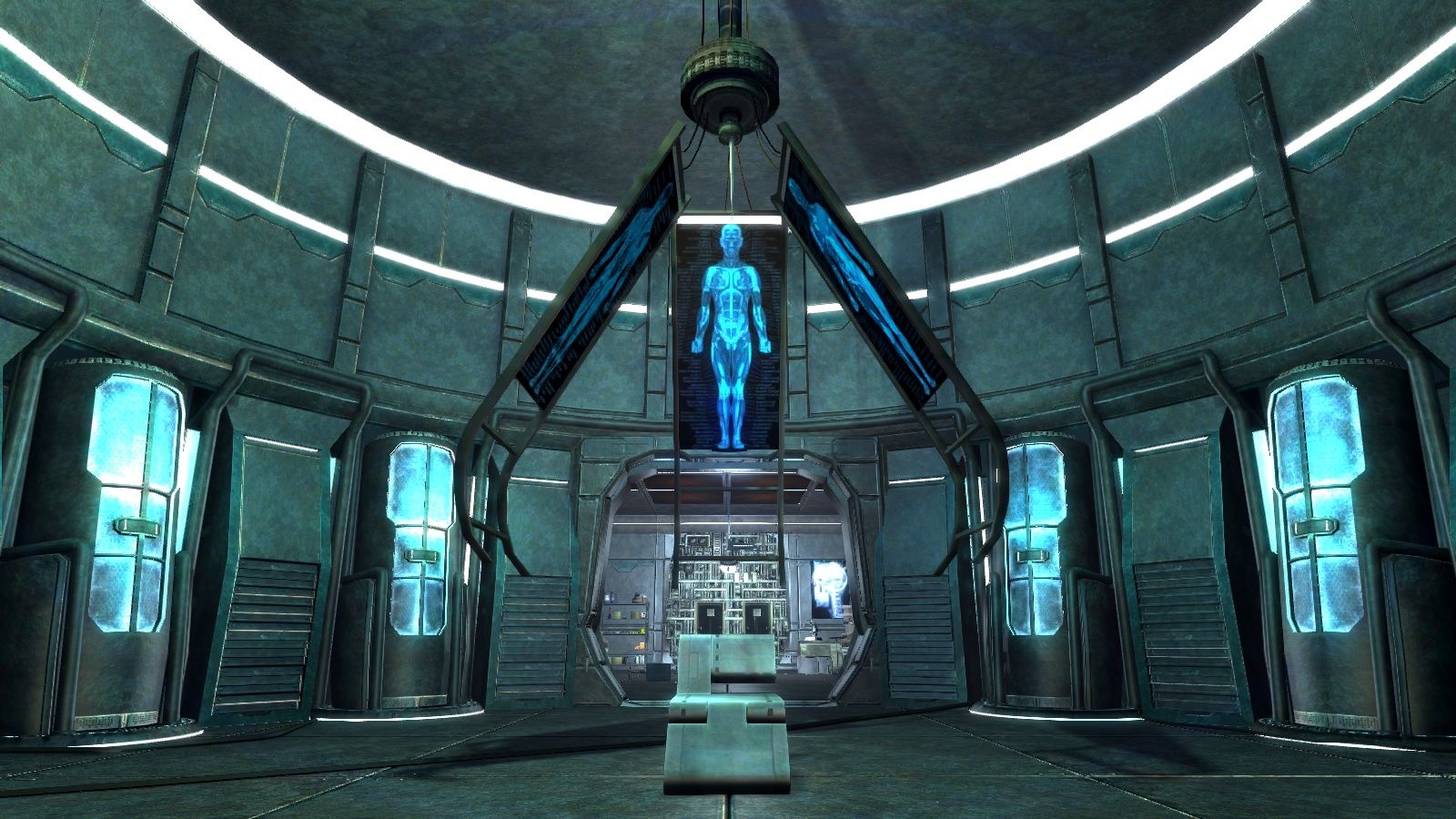 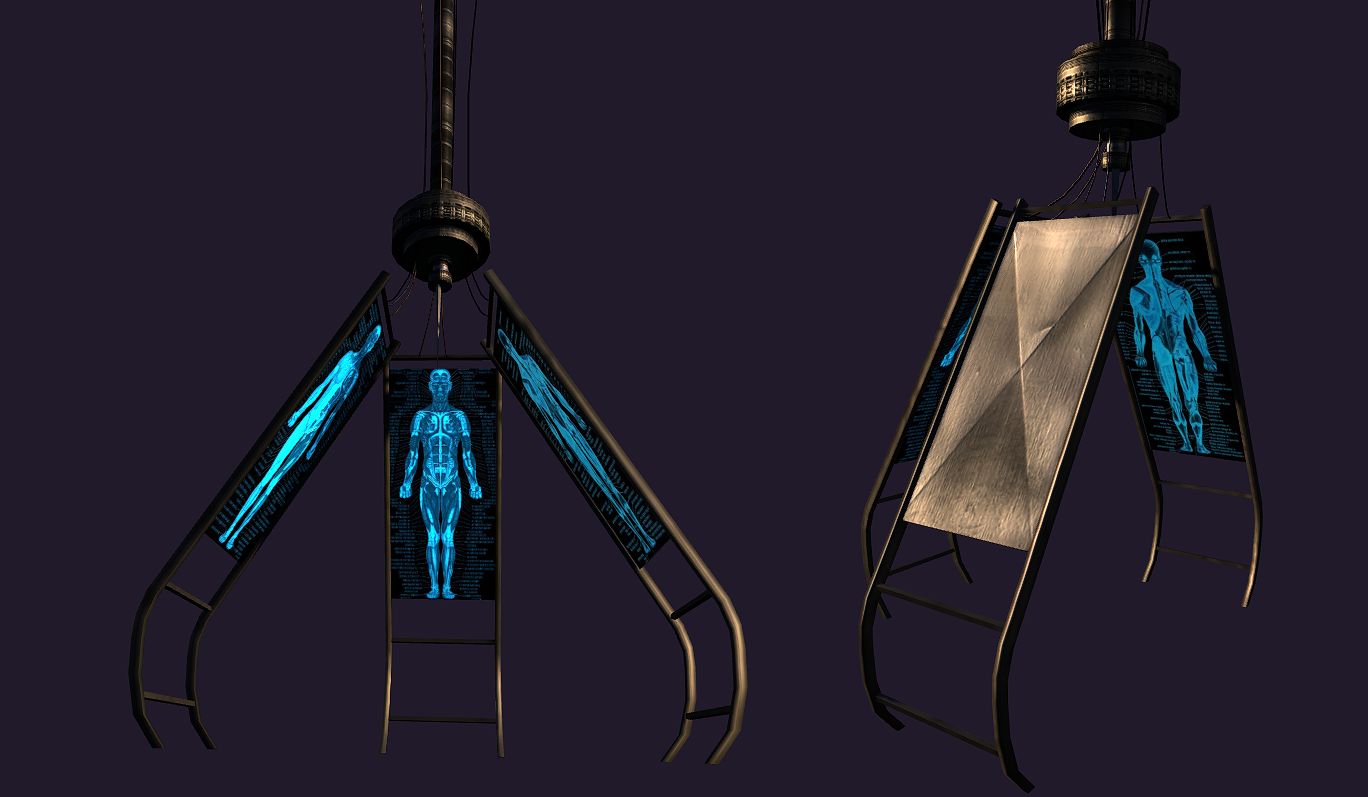 I’m fond of the simple design of this machine. 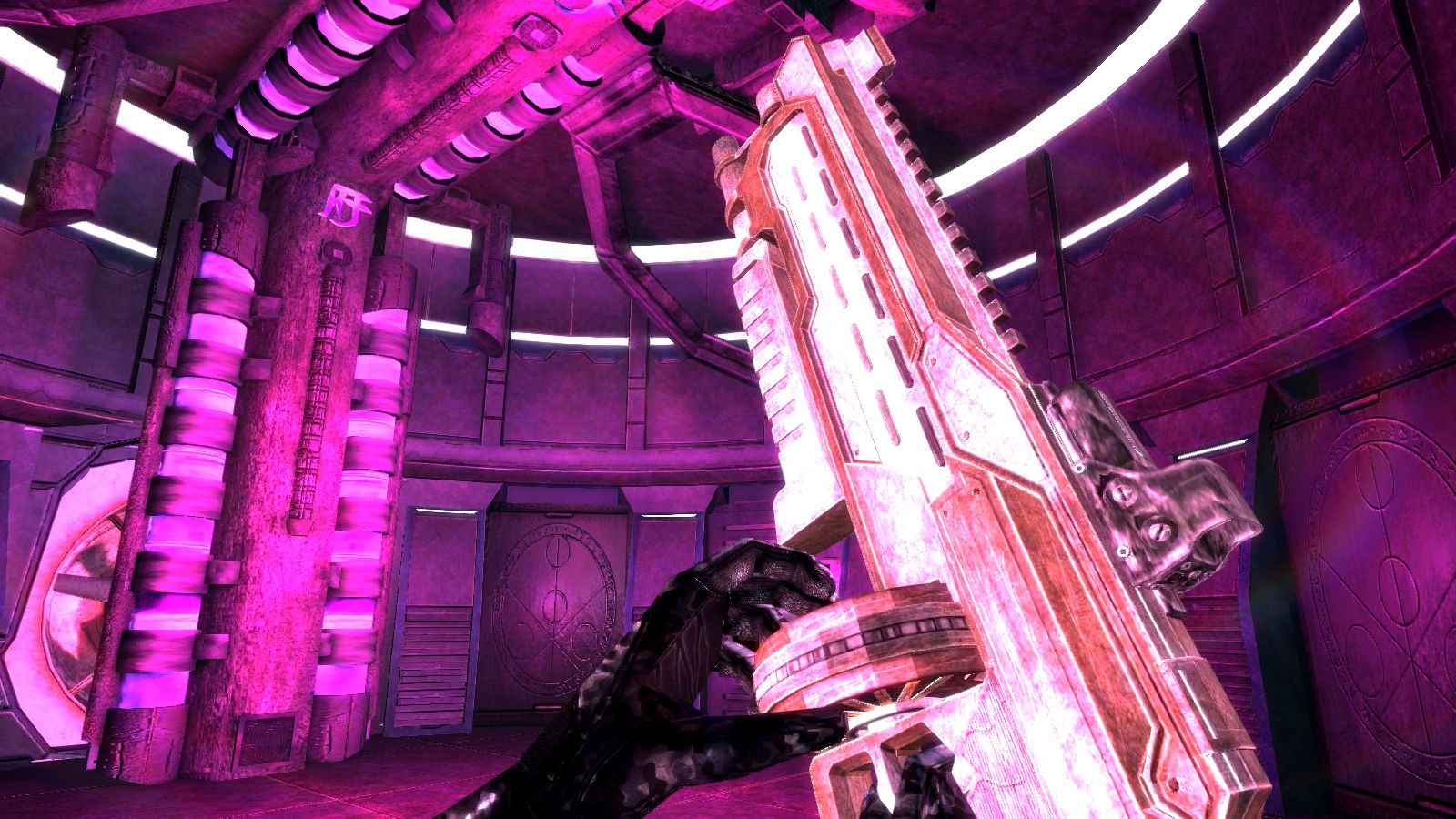 This level also had the power of purple. 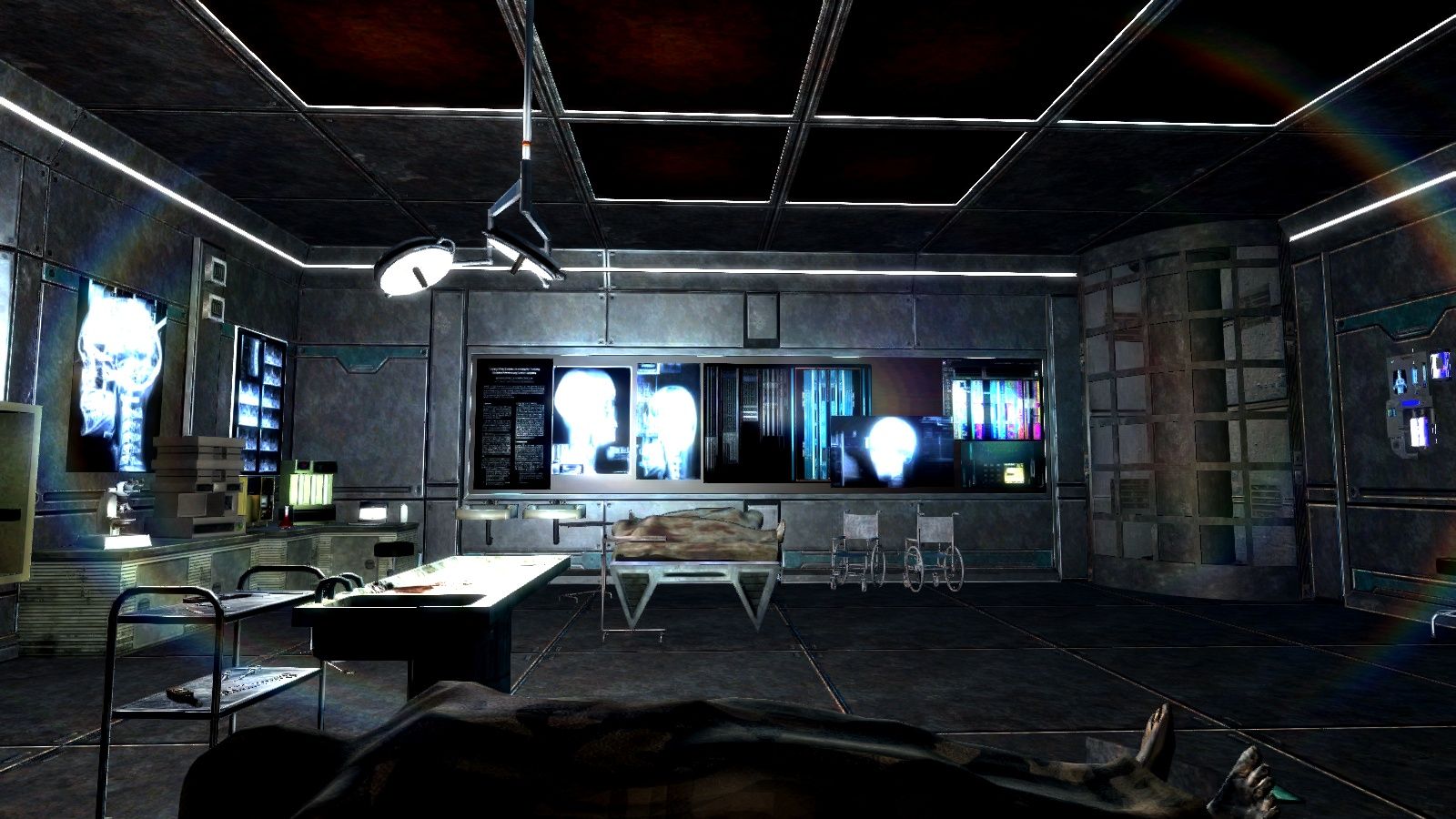 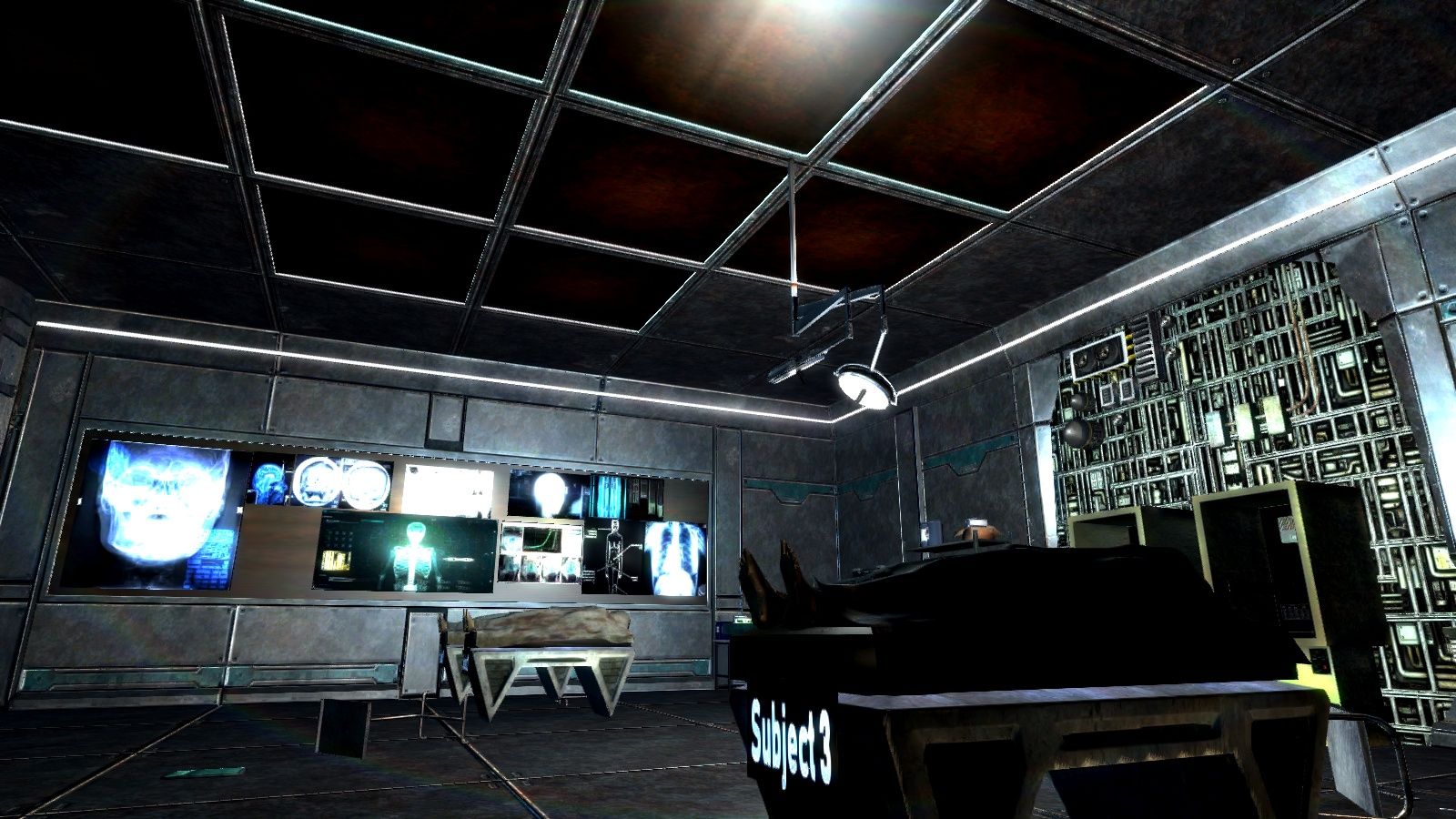 And the infirmary. Adjusting all these X-rays and screens to the games look took me longer than I expected but I think they will end up serving me well.
Thank you for reading!

Who really has time to think about a summary of himself on the internet? I like art, women, gamedesign and I love coffee. Everything else is too much information.
View all posts by serygala →
This entry was posted in 3D Art, acythian, Development and tagged cyberpunk, free, game, in development, indie, indiegame, wolf. Bookmark the permalink.