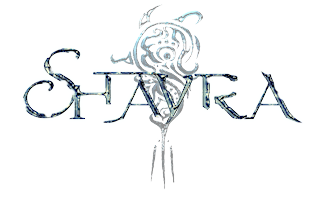 I haven’t updated in a while and figured I should before I’m away for a few days.
Not much has happened here. I have imported the weapons that have also been present in previous iterations of my fantasy games. Namely EAI’s splendid fantasy set (I also …finally…bought the whole set).
They still look pretty fine! I decided to go with leather gloves rather than the blue version I had in this when it was still called “Spyra”.

Here is one of them ingame. Nevermind the shading errors in this levels, I take care of that later, its an easy fix

His set is the best one out there if you ask me, especially since he also has a set of spellcasting gestures made and his stuff is easy to rig to.

I also chose to invest a couple of bucks in better characters. I’m pretty happy with the new ones as I felt the other ones did, despite my best efforts, drag the game down both in terms of visual quality and immersion. The new ones are spiffing though!! Very happy with them and how they are animated

Let me hear your thoughts if you feel like it.

I have imported over 100 different rock models into reloaded…from pebbles to cliffs. It would make sense that the settlements are around rocky areas where there is shelter from Sandstorms… these I can create now. I have also learned from Skyrim that blending entities with the terrain makes for the best landscape look. I’m getting good results now but I can’t say how it will perform once baked lightmapping is in. I have to thank rolfy here, as I use one of his textures for some and the color-palette of this texture for all of the rocks in Shavra.

Altough I generally optimise my game very well, I go with high resolutions for the terrain as it just elevates the overall feel of the game! Its one of the reasons why texture mods for older games focus a lot on the terrain. A blurry, dull terrain just kills the mood.

The amount of rocks I have allows me to create very diverse dungeons aswell. Altough classic dungeoncrawling will be more rare in Shavra.

Desert-themed fantasy often has architecture that is built in large sandstone formations. This would be a difficult task to pull off but I will try it anyway later in development!

Thank you for reading!

Who really has time to think about a summary of himself on the internet? I like art, women, gamedesign and I love coffee. Everything else is too much information.
View all posts by serygala →
This entry was posted in 3D Art, Shavra and tagged adventure, amateur game design, art, fantasy, free indie game, friendly, game guru, level design, psychedelic, Shavra, upbeat. Bookmark the permalink.