Relict is a project still close to my heart. Game development is a particularly frustrating art form as its very possible to pour a lot of work and time into a project and yet still end up with nothing. The project has evolved alongside my skills and technical knowledge and eventually migrated over to the unreal engine. (See here)

Swapping the engine was the last one of a long sequence of mistakes that eventually doomed the project to fail. Working on it, however, taught me a lot of valuable lessons. I dabbled into writing,scripting, music and sound design as well as improved a lot of my game development skills. In this archival post I’d also like to share the primary reasons of why you can not download and play it now and all I can show are screenshots. But first lets take a look at the actual project: 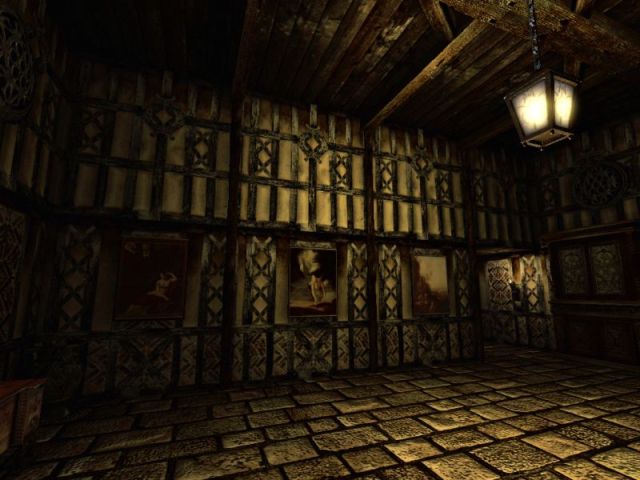 I designed the plot line to play to FPSC’s strength, at least partially. It would take place in a single areas that offered too locations. An idyllic abbey and a large dungeon complex underneath. The game would first take you through exposition and tutorial type levels through the abbey, levels I have decorated with a lot o attention for detail. This was also the time that I have adopted the widespread use of normalmapping. Afterwards you would be on a dungeon crawl through an ancient and increasingly dangerous underground temple complex.

As I was aware that character interaction and dialogues would have been hard to deliver convincingly I wrote in a demon character that possessed the protagonist and would taunt him as well as offer comic relief. This was supposed to be very similar to Clarence in Penumbra or Xana in Dark Messiah.

The lower picture shows an early test of a light spell that would allow you to illuminate darker areas. Working torches or flashlights where either rather silly or barely functional in FPSC at the time due to its static lightmapping system and the general gist of how light and shadow work in it. This spell is a work around and is based of the feature that guns briefly light up the area when shot in the engine.

I initially wanted to copy in the plot line I posted in a forum when I presented this game, but my english skills where vastly inferior at the time and it makes me cringe now. You can look at it here…if you want to.

A short, vague and ultimately bland summary is this:

In a world ravaged by war, a clash between the forces of magic and the upcoming power of technology, a young thief finds himself a key figure destined to shape events.

As generic as this sounds, I did write a rather servicable script for this that featured several fresh ideas for me to convey plot and lore with the limited tools I have had. Serviceable enough that its likely that I pick this project up again in a different engine some time in the future. 🙂

The feature list as presented at the time was: 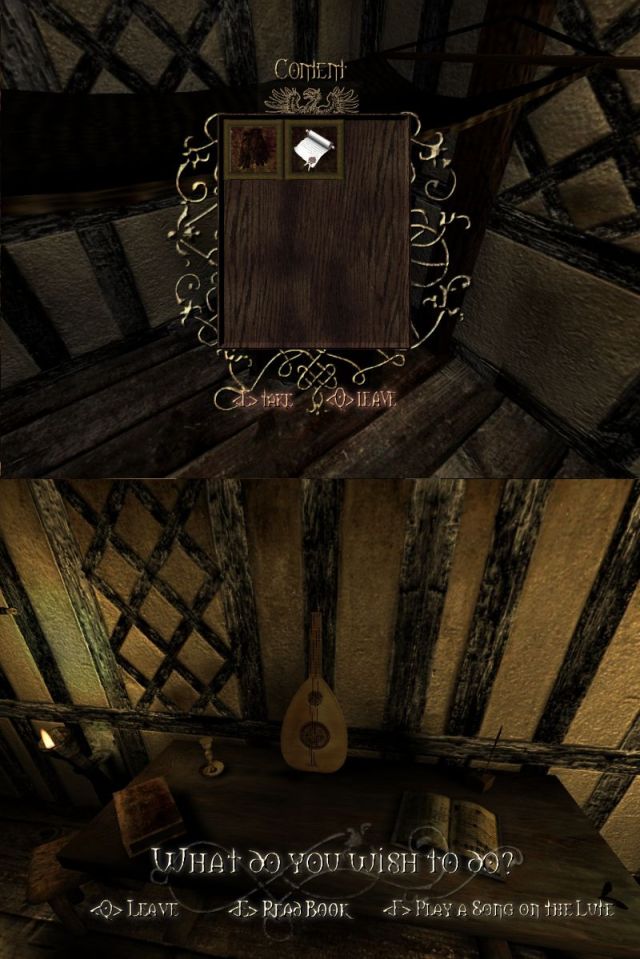 These are examples of in-game interactivity. The inventory system was largely “fake”. It presented items that you can gather in boxes in a way that implies that you have an inventory you can access but in reality things where either consumed/read/activated immediately or became part of your HUD and thus activated with a designated key.

The second picture here shows how I have gotten around the fact that I was unable to get any cursor/mouse interaction going for menus so I attached functions to convenient keys.

Now on to the downfall.

The truth is that when I was working on Relict I was a different, much younger and much more naive person. My enthusiasm made the project grow way beyond my capabilities and means (and beyond the scope of the engine I developed it in) and now that I am older and wiser I just know that THIS game would have been impossible to finish. Later titles failed due to inadequacies with FPSC then but this one…its almost all on me. You see, FPSCreator has the following issues:It does not flush the ram properly after a level is finished (and my levels loaded in a lot of content), it had a memory cap allowing one to only design very small and very well planned levels, its hilariously unstable once games are built and its combat system did not allow one to make particularly convincing magic and melee systems (altough I tried my best using the fantastic models by Errant AI)

Speaking of the melee system. The main flaw was that one could not properly chain attacks which made sword fighting rather awkward. Rather than being able to swing your blade around you would hit…wait for it to get to starting position and then hit again. This works for back up melee weapons in shooters but not so much a full fledged fantasy games. Spells would be disguised “modern” weapons.

However! The brawling in the game was really fun, I gave the enemies a few delightfully insulting taunts and the awkwardness of everything added a certain charm to it.

Another glaring issue was the sheer amount of scripts always active in every level. I wanted to give the player the “immersive sim” experience masterfully provided by games like Thief or Deus Ex. Lots of variables, lots of HUD overlay’s being triggered…no surprise a lot of things would overload or not activate properly. Levels started to look like this in-editor: 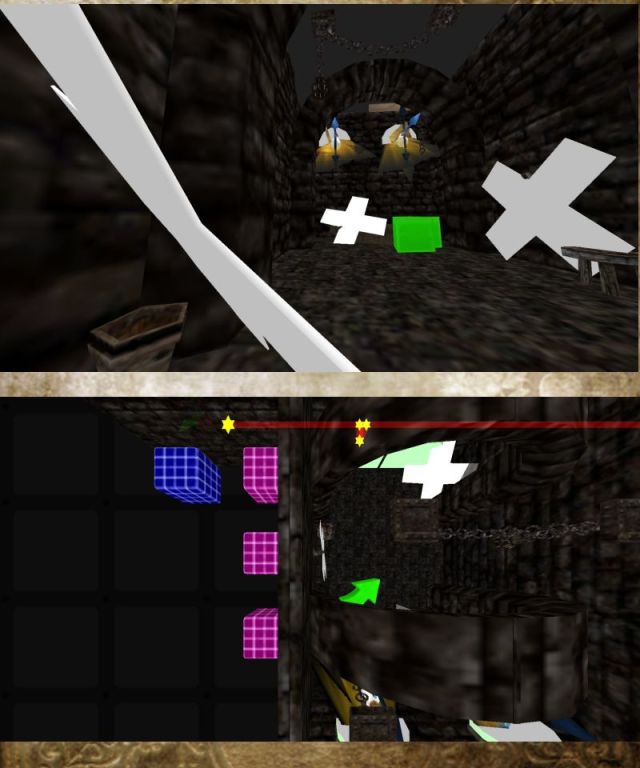 A lot of concepts, ideas and artworks I have made for Relict have eventually migrated over to projects like Shavra and Acythian. Sure, I’d be proud to have released this game but the sheer workload I thought I could manage and all the features I thought I could “figure out later” makes me now see clearly that this whole thing was simply impossible. I am still thankful that I started it and I had a lot of fun just toying with creating this little world.

Huge shoutout to the FPSC community who helped and supported me while I was dabbling with this.

Thank you for reading! I leave you now with a collection of screenshots from the project: 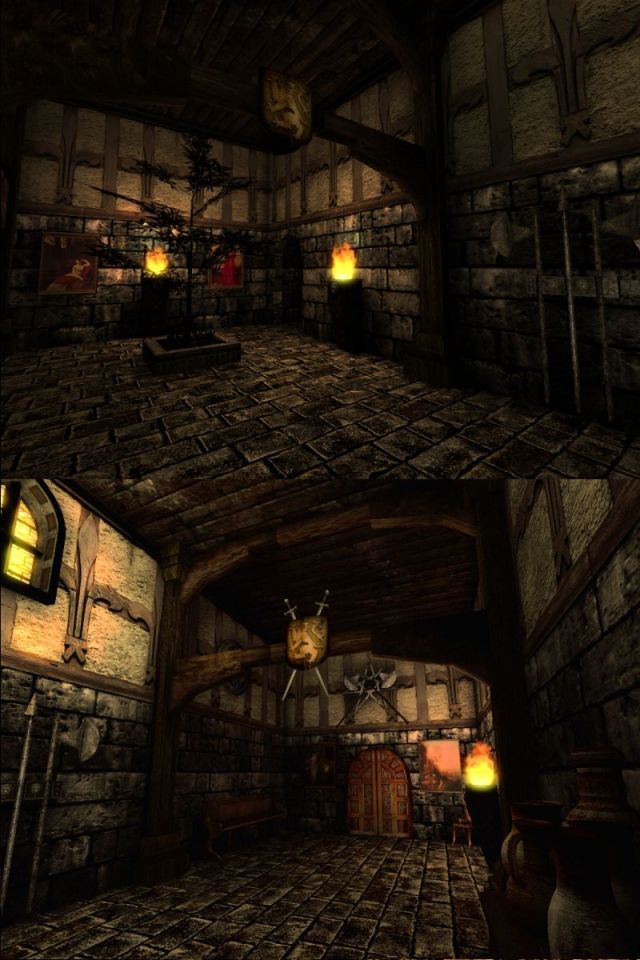 Who really has time to think about a summary of himself on the internet? I like art, women, gamedesign and I love coffee. Everything else is too much information.
View all posts by serygala →
This entry was posted in Miscellaneous and tagged abbey, adventure, ancient, art, castle, fantasy, fpsc, fpscreator, homemade game, indie game, knight, medieval, Relict, self made 3d game, serygala, serygalacaffeine, temple, the game creators, wolf. Bookmark the permalink.