This is a game I once made for a contest. Actually, I forgot that I signed up for it and made this short shooter with resources I already had in a mere 10 hours.

The Story: (COPIED FROM ITS INDIEDBPAGE)

The fall of the third reich, Berlin: You play as Alexander Zoller, a german mechanic. You seeked shelter in an underground bunker structure during an air-raid attack. Unfortunately the door locked behind you and you have to find another way out. But soon you discover that you are not alone…really not alone. Can you discover the truth and escape the underground nightmare? A one level survival horror game I made for a contest. It took me 10 hours to make it…it has guns and zombies 🙂 If you’re interested, read the description. It earned second place.

*use the launcher to start the game (adjust you’re settings)
*Bulletimpactsounds are from Relict and might sound strange
*do not even think of saving you’re game… it is not supported and will most likely not work. You don’t need it in a one level game anyway
*Special Thanks to Ivan Ertlov for helping me out with the build

You can download from its MODDB Profile (linked to above) or from this mediafire mirror.
This will usually not work on Win7. There is a way to make it function but I really don’t know how and I am too lazy to dig through all my mails to find that (hey! I may be a lazy bastard, but I’m an honest lazy bastard)
-Adrien 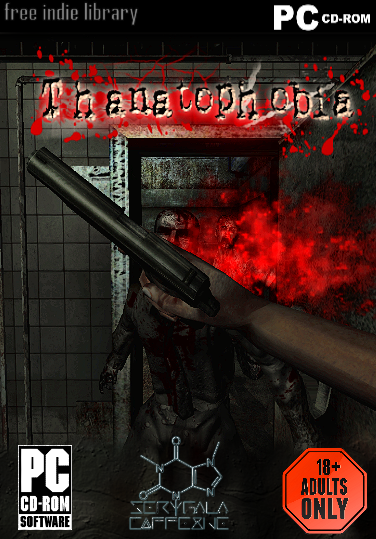 Who really has time to think about a summary of himself on the internet? I like art, women, gamedesign and I love coffee. Everything else is too much information.
View all posts by serygala →
This entry was posted in Released Titles and tagged corridor, dark, free, horror, indie, shooter, survival, thanatophobia, ww2, zombies. Bookmark the permalink.