The 3D Bazaar – Chapter I

Hello and welcome to the Bazaar!

Please, come in, come in! Here I will show you wonders beyond your keenest imagination. I deal in prestigious polygons woven around the finest vertices!

This is the first chapter of my 3D content. Information on how to purchase these can be seen here.

SandstoneMarbleArch
Originally designed for a subterranean level in spyra but I decided to make it available.
Polygons: 948
Available in store

Additional Pillar to go with the arch. I want to have a lot of marble/polished areas in Spyra alongside the more traditional dirty fantasy dungeon.
Polygons: 420
Available in store

A larger table with drawers and ornate decor.
The wood is only lightly normalmapped but the carvings more deeply for the best effect.
Polycount: 1408

I’m remaking a lot of my really old models. This is one of them.
Its an architectural prop to add details to your fantasy level.
Polycount: 1056

WraithbladeA sword I desigend that might find its place into Spyra.
Polycount: 4606

A sword I desigend that might find its place into Spyra. 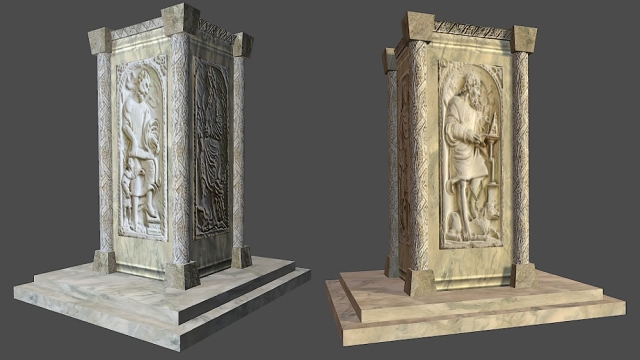 I designed this to be used in a fantasy city townsquare. You can put benches or vases around it and it looks quite nice!

I try to add some more clean and bright assets to my darker fantasy collection.

This also goes well in most ancient greek settings or a palace. 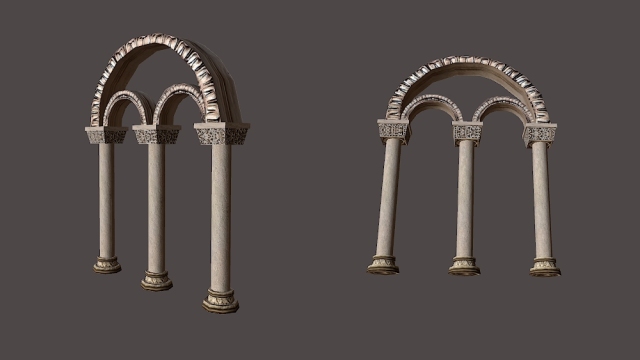 I’m remaking a lot of my really old models. This is one of them.

Its an architectural prop to add details to your fantasy level. 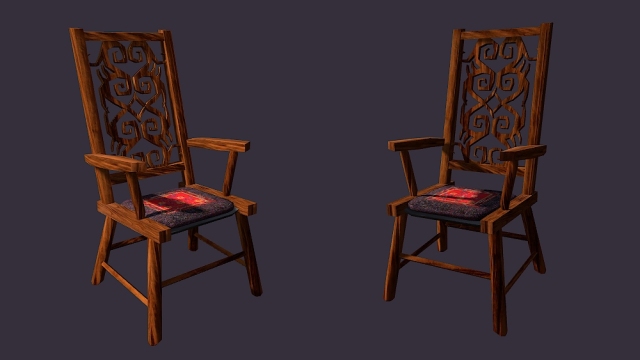 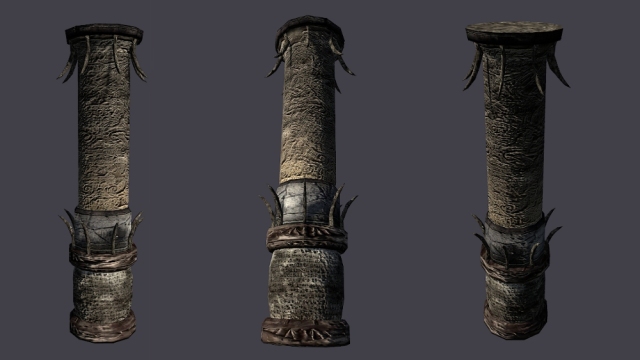 Subtle details like the sumerian glyphs and the carved-in bats hint at a vampire setting.

Ancient torture fixture for your dungeon level. Details are nails that fix it on the floor and rests of a broken chain on top.

Folks with a less usual nightlife might nitpick that these are always covered in leather, but its for the medieval-fantasy kinda dungeon!

same as “ornate pillar” just without the spikes. 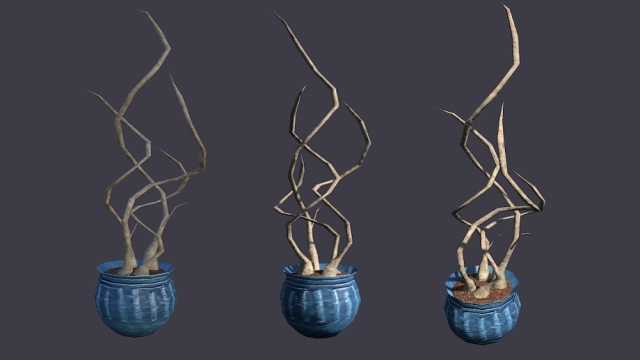 I made this back in classic times because static models with transparency where never looking right in terms of shadows and I always wanted to have more indoor plantlife. I think this will be less useful now. However, the model is free.

Did I mention its free? Grab it on the store!

Lovely detailed an perfect to place a statue or vaste on it.

Atmospheric detail prop for a study or hallway in a manor,castle or palace.

A second version with a marble bottom fits better in bright palace levels.

This prop is about the height of the players waist.

A round table with occult-looking symbols on it.

This works great as a form of elder-scrolls like enchantment/alchemy/summoning station in a fantasy game. perhaps as a teleporter, perhaps to summon an evil ghost in a mystery game.

The symbols are leaned on but not related to any religious images which makes this fit in any kind of fantasy/horror game.

Futuristic Relay
This is part of an effort to remake and polish some of my old classic models. I’m a little proud of what I did with this prop as it was kinda shabby before.
It uses Reloadeds LOD system to hide the handle and cables from the mesh once the player gets far away from it for performance.
Its designed to suit the look of my scifi project which also the Mech is part of. However, as I am aware that not all Users are working on such a rusty-dystopian scifie game, I also made a clean version: (both are available in the store)

Same as a above… for all these scifi scenes and spaceships in a brighter future where not everything is covered in rust and falling apart.
Note the emissive channel for extra scifiness

These are alternative versions of the relay which will only be available in packs. I always make additional versions and b-meshes of everything

Futuristic Board Pillar
Well…”Futuristic”. This is also a remake of an old prop, altough this didn’t age all that well.
Will be available in the store if accepted for a bargain price. But then again, all store prices are a bargain

Futuristic Fuseboxes
Part of a joint pack I wanted to do with Bugsy that never took off. I retextured it carefully the match the look of my scifi scene.
Available in the store 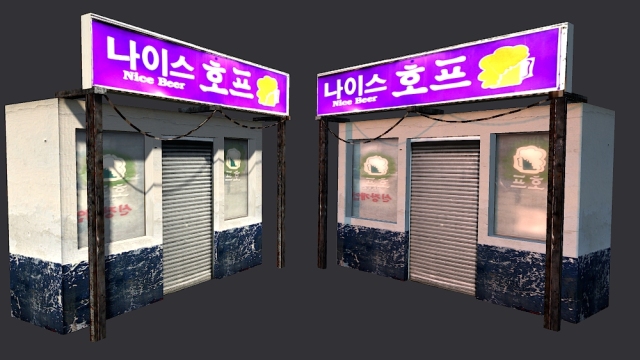 This prob is designed to be used in busy markets (also larger indoor markets) of futuristic/cyberpunk settings. It works well for modernday themed asian cities aswell…also, they have nice beer.

Part of my effort to get my ancient models FPSCR ready.

Part of the scifi pack

As this looks rather dull in a rendered image due to it being a very long and narrow prop, I decided to throw a quick in-engine set of pics together so you can get a sense of scale.

Top Part of the tower with windows.

I find that these add a lot of character and scope to an outdoor scifi scene.

They are pretty huge (and I’m not that good at texturing huge objects, so it was quite some work)

You can see that I made a couple of variations for you to design more diverse scenes.

Overpass entitie can be acquired for free in the free models and media board. 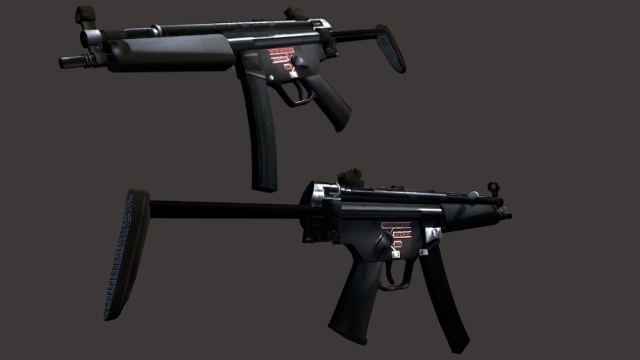 Round Swamp Buildings (There will be a version with and without Solar Panel available.

Part of the Scifi Pack.

Holographic signs from the old cyberpunk media. One is already available on the store for only 35 points. The other one is about to surface in the near future. They do show their age, I admit that, but they still look good on the facade of a futuristic building

Small Drawers
132 Polygons
Just a small desk you can place a vase, statue or perhaps some kind of weapon display on it. Its kinda subtle and good for fantasy hallways and dungeons.

Lake Purifier
5102 Polygons
(the glowing blue part is supposed to be submerged in water)
A large filtration coil to place in your oceans,lakes, rivers… or wherever else you wish to place it.
Its part of the scifipack which will be named “Abandoned Terraforming Station”
Its obvious that it has been designed to look worn and rusty, but I also included a cleaner edition among all the alternative models. 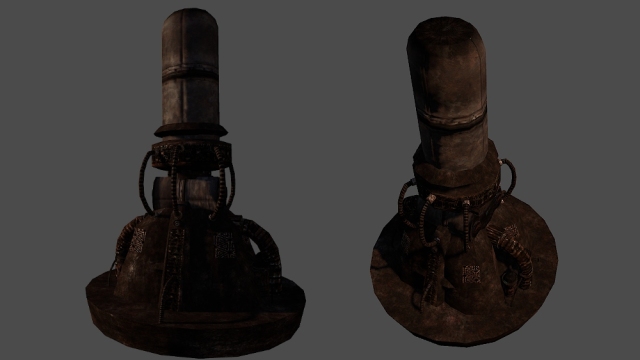 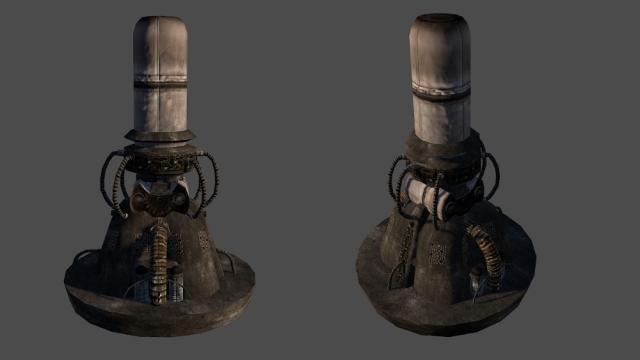 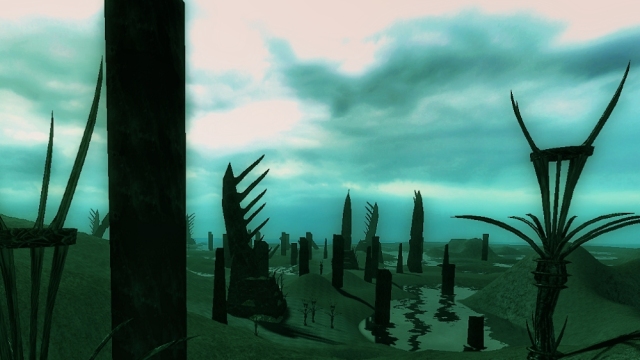 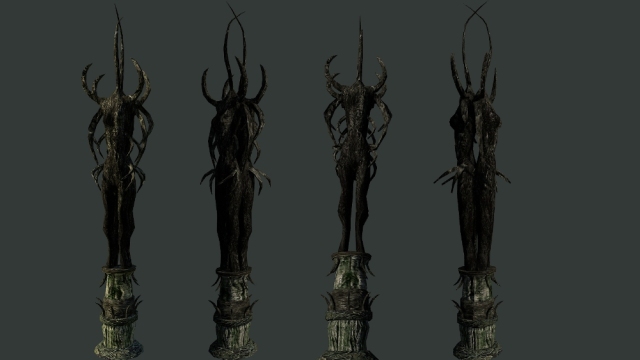 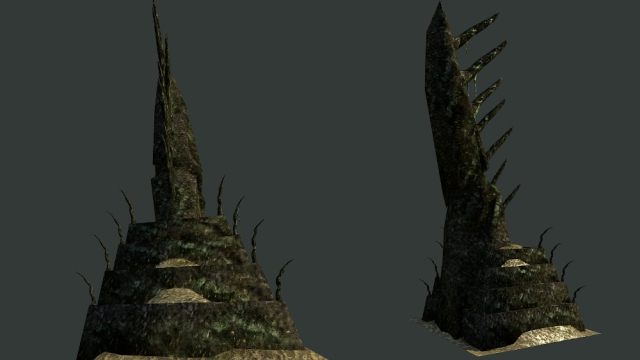 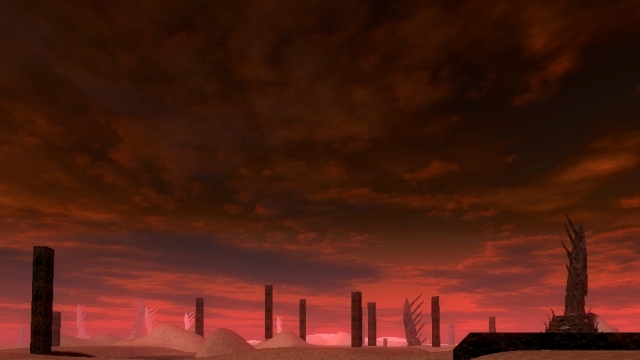 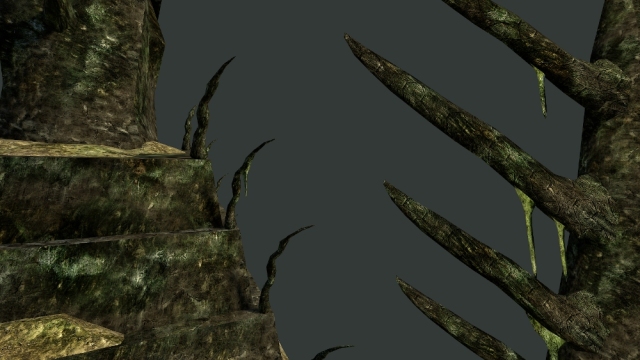 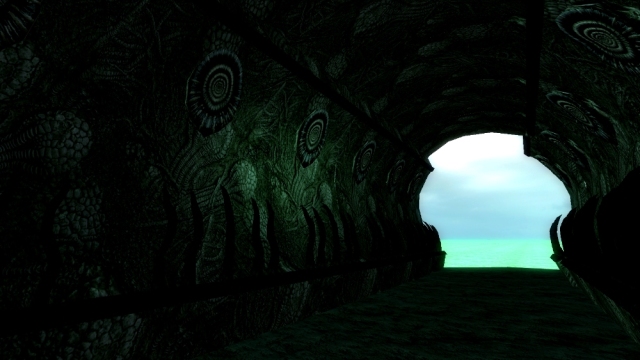 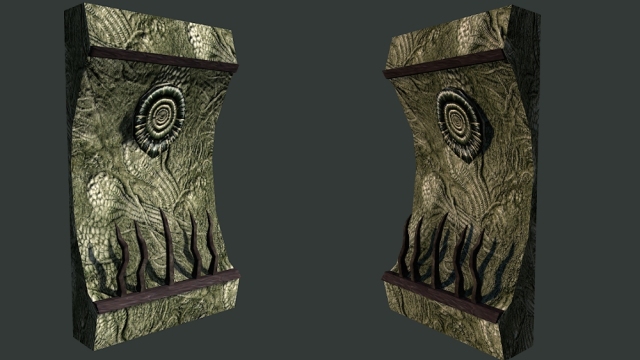 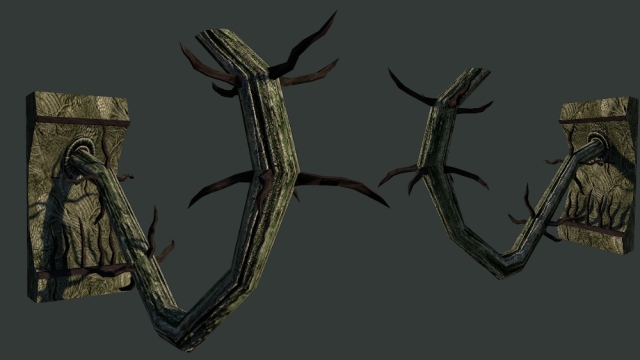 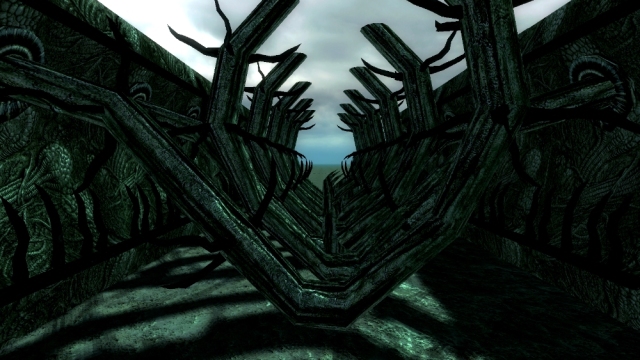 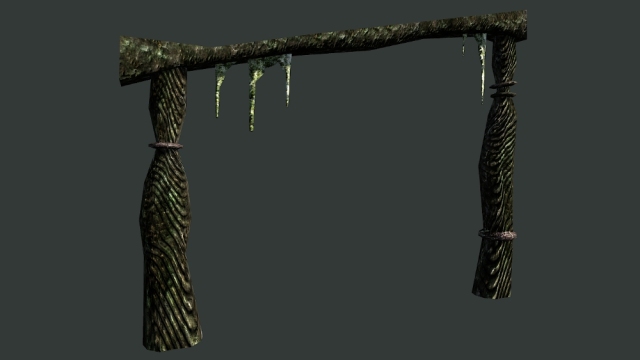 And much more in the pack!

This concludes CHAPTER I.

Who really has time to think about a summary of himself on the internet? I like art, women, gamedesign and I love coffee. Everything else is too much information.
View all posts by serygala →
This entry was posted in 3D Art and tagged 3d assets, 3d bazaar, 3d models, assets for game creation, cyberpunk, fantasy, furniture, future, props, R'lyeh, scifi, swords. Bookmark the permalink.